Growth stocks are getting pummeled. High inflation and interest rate hikes are likely to slow spending, putting pressure on corporate revenues and profits. That’s bad news for any business, but growth stocks have been hit especially hard since many already traded at pricey valuations.

But in some cases, certain Wall Street analysts still have a bullish outlook. For instance, Nat Schindler of Bank of America Securities has a price target of $255 on Upstart Holdings (UPST -5.78%†, implying 190% upside. Likewise, J. Derrick Wood of Cowen Group has a price target of $390 on snowflake (SNOW -6.57%†, implying 136% upside. Given the optimism shown by those analysts, let’s take a closer look at both stocks.

Here’s what you should know. 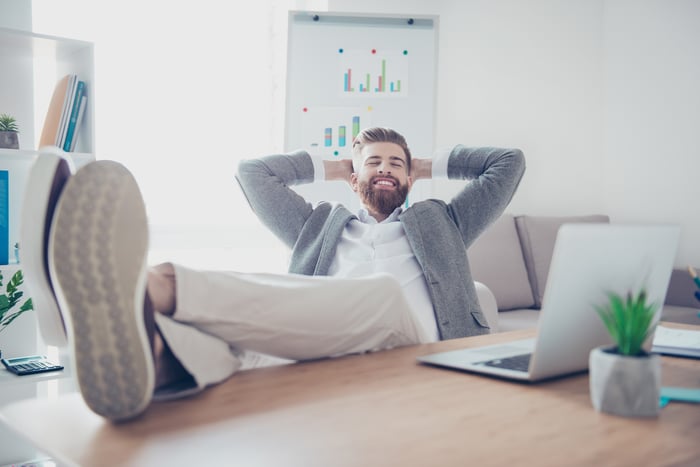 Traditionally, banks have leaned on Fair Isaac‘s FICO score, a credit tool that considers up to 20 variables, to determine who qualifies for a loan and at what interest rate. That means lending decisions are made with relatively limited data, which makes the system inefficient. Some creditworthy borrowers are rejected, and some are charged too much interest to subsidize those who will inevitably default (ie, borrowers that shouldn’t have been accepted).

Upstart aims to resolve those inefficiencies with big data and artificial intelligence (AI). Its platform captures 1,500 data points per borrower, and it measures those variables against repayment events, leaning on AI to quantify the risk of fraud and default. Internal studies have shown that Upstart can reduce defaults by 75% compared to traditional credit models, while keeping loss rates constant. Lenders can use that efficiency to approve more loans, offer lower interest rates, or a combination of the two. Better yet, each time a borrower makes or misses a payment, Upstart’s AI models get a little smarter. That flywheel effect should make its platform more valuable to lenders over time.

Not surprisingly, Upstart is growing at a rapid clip. As of Dec. 31, 2021, it had 38 lenders on its platform, triple what it had one year earlier. In turn, revenue soared 264% to $849 million last year, and the company generated $153 million in free cash flow, up from $10 million in the prior year.

However, Upstart’s 2021 transaction volume of $11.8 billion accounts for less than 2% of its $820 billion addressable market, a figure that is likely to expand as Upstart enters new verticals like mortgage origination. That puts the company in front of a tremendous opportunity, and the early data suggests that Upstart’s AI models give it an edge over traditional lending solutions. With that in mind, I wouldn’t be surprised if the share price soared 190% in the near term, but this growth stock is best viewed as a long-term investment.

Modern organizations uses dozens of applications, often across private and public clouds. That means data is created across many different systems, which makes it difficult to extract value from that information. Snowflake solves that problem with the Data Cloud.

The Data Cloud supports a number of workloads, including data engineering for ingestion, data lakes for storage, and data warehousing for analytics. It also includes data science tools to accelerate the development of AI-powered applications, and it allows clients to securely share, monetize, and acquire data sets. That last point is particularly noteworthy because it creates a network effect. As each new customer uploads data, the Data Cloud becomes incrementally more valuable, because more information can exchanged through the platform.

Snowflake has been recognized as an industry leader by Forrester Research and Gartner, and the broad utility of its platform has fueled explosive growth. In fiscal 2022 (ended Jan. 31, 2022), total customers jumped 44% to 5,944, and the average customer spent 78%, evidencing the value it creates for clients. In turn, revenue skyrocketed 106% to $1.2 billion and the company generated $57 million in free cash flow, up from a loss of $94 million in the prior year.

Looking ahead, Snowflake puts its market opportunity at $90 billion, and the company is executing on a robust growth strategy. It recently launched the Retail Data Cloud, a suite of industry-specific tools and data sets that help retailers like PepsiCo and lowe’s optimize operations and personalize the customer experience. Snowflake also provides tailored solutions in other verticals like media and entertainment, healthcare and life sciences, and financial services. That approach helps drive adoption.

More broadly, Snowflake is cloud agnostic, meaning its platform runs across all three major public clouds. That differentiates the company from vendors like Amazon and Microsoft, and it should be a growth drive in the coming years. That being said, the stock currently trades at very rich 41 times sales, so a near-term target of $390 per share seems a bit too optimistic. But this growth stock still looks like a smart long-term investment.