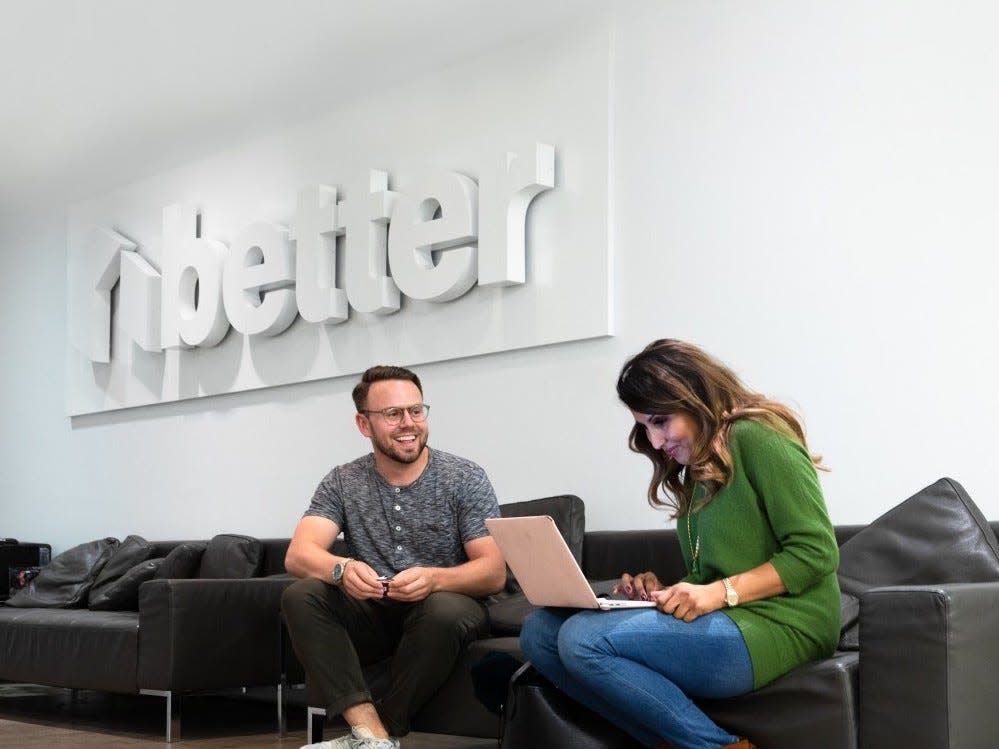 Layoffs are sweeping across American businesses in the first few months of 2022.

Recent startups like Peloton have already laid off thousands of employees this year. Equally traditionally layoff-resistant companies like Netflix are making cuts.

The reason, broadly, is twofold: Business growth is slowing, while labor costs are increasing. The combination is causing American companies across a variety of industries to slash headcount.

Here are some of the most notable examples so far:

Starting in late 2021 and continuing through the first several months of 2022, mortgage startup Better.com laid off approximately 4,000 people.

The first wave started right before the holiday season in 2021, when CEO Vishal Garg laid off “hundreds” of people.

Garg told employees during a Zoom call that the company, “lost $100 million last quarter,” which he said, “was my mistake.” He then said the layoffs shouldn’t have happened right before the holiday, but, “three months ago.”

Better followed up with another 3,000 layoffs in March, and is now accepting voluntary layoffs in some departments.

The company, through its app of the same name, pairs dieting with personal coaches to achieve weight loss for users. Interactions with those coaches were often through text, which users critiqued as “canned advice.” Some coaches told Insider they were responsible for giving advice to hundreds of users at any given time.

In February, Peloton fired about 2,800 people — including 20% ​​of its corporate workforce — because of an ongoing downturn in the company’s business.

Peloton faced a major setback after home-fitness products spiked in popularity during the height of the coronavirus pandemic in 2020.

With gyms reopening as vaccination rates increased, Peloton’s business took a huge hit: The company’s market value has dropped from $50 billion last year to around $6 billion as of early May 2022.

Thrasio: Up to 20% of staff, sources say

Thrasio, the company known for creating the Amazon aggregator market, is laying off an unknown number of people. Additionally, the company’s CEO and founder, Carlos Cashman, is stepping down from leadership.

Amazon aggregators work by identifying product leaders on Amazon, then buying the companies that make those products and consolidating them under one umbrella company.

In a memo sent to employees, Thrasio leadership said the layoffs were due to the company’s “hypergrowth” in acquiring companies. “At times we have been acquiring a new company almost every week,” the memo said, “and running hard to build the infrastructure to support this growth.”

Two sources told Insider the layoffs could impact up to 20% of Thrasio’s staff.

During the pandemic, so-called “meme stocks” from GameStop and AMC exploded.

Much of that explosion in stock value was driven by accessible trading platforms like Robinhood.

And while new users piled in during the pandemic, Robinhood hired rapidly. Between 2020 and 2021, Robinhood staff grew dramatically: from 700 people to around 3,800, according to CEO Vlad Tenev. But that growth was apparently too much and too fast, and Robinhood was forced to slash headcount by 9% — more than 300 people altogether.

“This rapid headcount growth has led to some duplicate roles and job functions, and more layers and complexity than are optimal,” Tenev said in April. “After carefully considering all these factors, we determined that making these reductions to Robinhood’s staff is the right decision to improve efficiency, increase our velocity, and ensure that we are responsive to the changing needs of our customers.”

As mortgage revenues fell at Wells Fargo in the first quarter of 2022, the company began laying off employees in mortgage-related positions, Insider reported in late April.

Loan processors and underwriters, among other positions, were reportedly affected by the layoffs. Wells Fargo representatives declined to say how many people were impacted by the cuts, but did confirm the layoffs in an emailed statement.

“We are carrying out displacements in a transparent and thoughtful manner and providing assistance, such as severance and career counseling. Additionally, we are committed to retaining as many employees as possible and will do everything we can to help them identify other opportunities within Wells Fargo ,” a Wells Fargo spokesperson said in a statement provided to Insider

One of the world’s largest publicly traded cannabis companies, Canopy Growth, slashed 250 jobs in Canada earlier this year as it faces increasing competition in the burgeoning cannabis market.

Layoffs are among several cost-cutting measures that Canopy Growth is taking “to ensure the size and scale of our operations reflect current market realities and will support the long-term sustainability of our company,” Canopy Growth CEO David Klein said in a statement.

Canopy’s stock has suffered as a result: It was trading around $6 a share as of early May, down from $9.30 in early January.

After raising $80 million from investing firm The Chernin Group last December, the content-creation team at food publication and retailer Food52 was suddenly laid off in early April.

About 20 of the company’s 200 employees were let go in the layoffs, which came as a major surprise to those affected.

“Everyone on the team and my immediate boss were gut-punched,” one of these employees told Insider. “We all had gotten raises and bonuses just a month prior.”

Two of the employees who were laid off said Food52 executives told them the company was “pivoting to commerce,” and away from the type of content that was created by the affected employees: recipes and other instructional cooking content.

“Today has been a brutal day at the office,” he wrote on Wednesday† “I made the painful decision to let go of 87 beloved members of the Cameo Fameo.”

Galanis described the layoffs as a “course correction” in a statement to Variety. The cuts follow a staffing boom during the pandemic — from around 100 employees before 2020 to about 400 in 2022.

Even Facebook parent company Meta is enacting a hiring freeze.

For the rest of the year, Facebook parent company Meta has paused hiring new engineers — a rare move from the social media giant.

That’s according to an internal memo, shared with Insider, in which Facebook CFO David Wehner pointed to an “industry-wide downturn” as the reason behind the hiring freeze.

Notably, Facebook reported in February that it lost users for the first time ever in the final quarter of 2021.

Got a tip? Contact Insider senior correspondent Ben Gilbert via email (bgilbert@insider.com), or Twitter DM (@realbengilbert† Use a non-work device to reach out. PR pitches by email only, please.