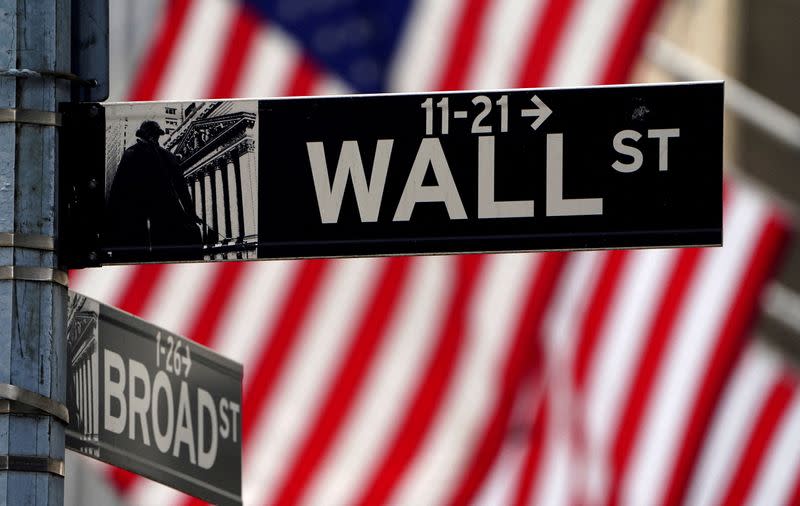 NEW YORK (Reuters) – US stocks’ tumble this year is putting an increased focus on equity valuations, as investors assess whether recently discounted shares are worth buying in the face of a hawkish Federal Reserve and widespread geopolitical uncertainty.

With the benchmark S&P 500 index down 13.5% year-to-date, valuations stand at their lowest levels in two years, putting the index’s forward price-to-earnings ratio at 17.9 times from 21.7 at the end of 2021, according to the latest data from Refinitiv Datastream.

Although many investors tended to brush off elevated valuations during the market’s dynamic surge from its post-COVID-19 lows, they have been quick to punish companies viewed as overvalued this year, as the Fed rolls back easy money policies that had kept bond yields low and buoyed equities.

While recently discounted valuations may boost stocks’ appeal to some bargain hunters, other investors believe equities may not be cheap enough, as the Fed signals it is ready to aggressively tighten monetary policy to fight inflation, bond yields surge, and geopolitical risks such as the war in Ukraine continuous rolling markets.

Wild swings shook markets in the past week after the Fed delivered a widely expected 50 basis point rate increase and signaled similar moves for the meetings ahead as it tries to quell the highest annual inflation rates in 40 years. The index has declined for five straight weeks, its longest losing streak since mid-2011.

More volatility could be in store if next week’s monthly consumer price index reading exceeds expectations, potentially bolstering the case for even more aggressive monetary policy tightening from the Fed.

“There has … been a healthy reset in valuations and sentiment,” wrote Keith Lerner, co-chief investment officer at Truist Advisory Services, in a recent note to clients.

“For stocks to move higher on a sustainable basis, investors will likely need to have greater confidence in the Fed’s ability to tame inflation without unduly hurting the economy.”

Though valuations have come down, S&P 500’s forward P/E stands above its long-term average of 15.5 times earnings estimates.

Potentially burnishing stocks’ appeal, S&P 500 companies are expected to increase earnings by about 9% this year, according to Refinitiv data, as they wrap up a better-than-expected first-quarter reporting season.

One likely factor is whether Treasuries extend a sell-off that has lifted the benchmark 10-year note yield, which moves inversely to prices, to its highest since late 2018.

Higher yields in particular dull the allure of technology and other high-growth sectors, as their cash flows are often more weighted in the future and diminished when discounted at higher rates.

The forward P/E for the S&P 500 technology sector has declined from 28.5 times to 21.4 so far this year, according to Refinitiv Datastream data as of Friday morning.

“In terms of growth valuations, they have been hit the hardest and likely the most oversold,” said Art Hogan, chief market strategist at National Securities.

But the sector continues to trade at a nearly 20% premium to the overall S&P 500, above the 15% premium it has averaged over the broader index over the past five years.

If the 10-year yield hovers between 3% to 3.5%, after being a “fraction” of that level for a long period, “that is going to continue to be a weight on the P/E and therefore the discounting mechanism for the growth and technology space,” said John Lynch, chief investment officer for Comerica Wealth Management, which favors value over growth shares.