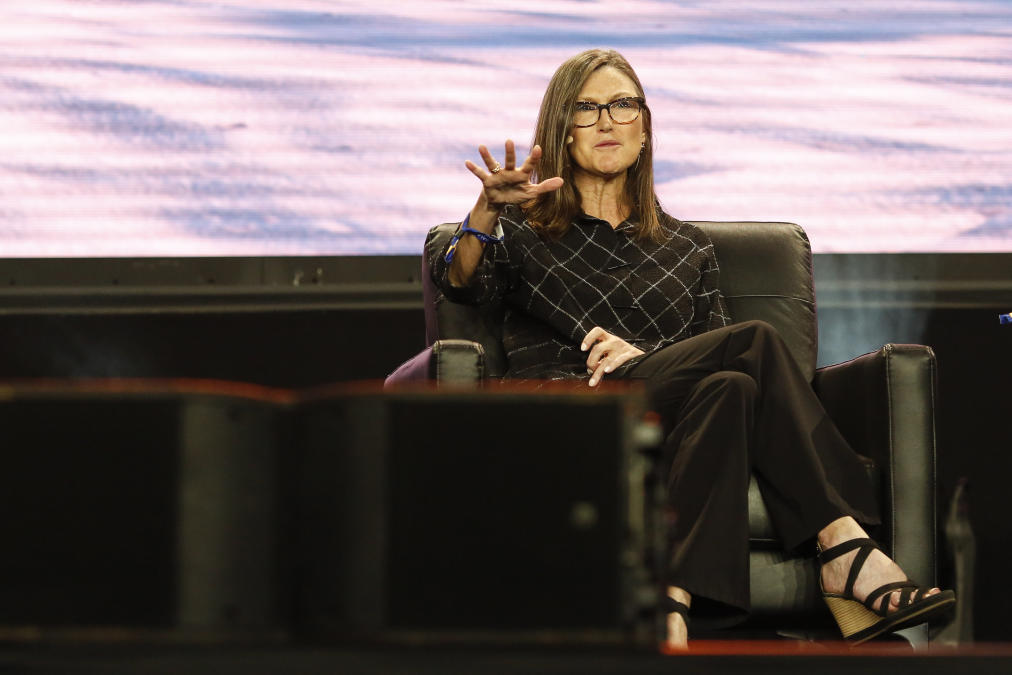 General Motors (GM) has been revving up its electric vehicle business. And Cathie Wood is taking notice.

The innovation-focused, Tesla (TSLA)-loving Ark Invest CEO — a vocal critic of legacy automakers who predicted not long ago that GM will go bankrupt — is changing her tune on the Detroit-based car manufacturer as it commits to an electric future , Wood signaled in an interview with Yahoo Finance. She also revealed that her investment management firm recently met with General Motors CEO Mary Barra.

“I’m fascinated by how Mary Barra is really turning that ship around and very focused on cruise automation,” Wood said in a sit-down conversation with Yahoo Finance’s Julie Hyman.

When asked whether Ark plans to invest in GM, Wood said they are “keeping an open mind.”

“One thing we have to be careful not to do is we must not have a closed mind,” she added. “And when we see success, we have to acknowledge it and learn a lot more about it, so we’re still on a fact-finding mission.”

Wood’s comments mark a major turnaround in her sentiment around the company from just a few months ago. In January, when Ford (F) and GM’s stock jumped following announcements of their electric vehicle plans, Wood called the rallies “ridiculous” in a webcast and said electric cars will make up too small a share of the traditional automakers’ sales. The famed stock picker even went as far as to predict the companies may go bankrupt in an interview with Barron’s in November.

On Tuesday, GM signed a deal to purchase cobalt — a key component of EV batteries — from top supplier Glencore Plc. as the auto industry rushes to snap up the commodity amid surging prices and growing demand for electric cars.

The move marks the latest step in GM’s growing effort to position itself for an electric future. The automaker has plans to roll out 30 EV models by the end of 2025, including the key launch of its highly-anticipated electric truck next year. General Motors and Japanese car manufacturer Honda also said last week the companies are working together on a series of lower-priced electric vehicles in a potential bid to beat Tesla.

Still, Ark’s “confidence remains highest in Tesla,” Wood told Yahoo Finance, noting the company’s vertical integration has given it a “tremendous advantage” over competitors who are outsourcing their operations.

Tesla is the largest holding across all nine of ARK’s exchange traded funds, comprising 7% of the investment management firm’s portfolio at a market value of $1.43 billion, according to Ark’s data.