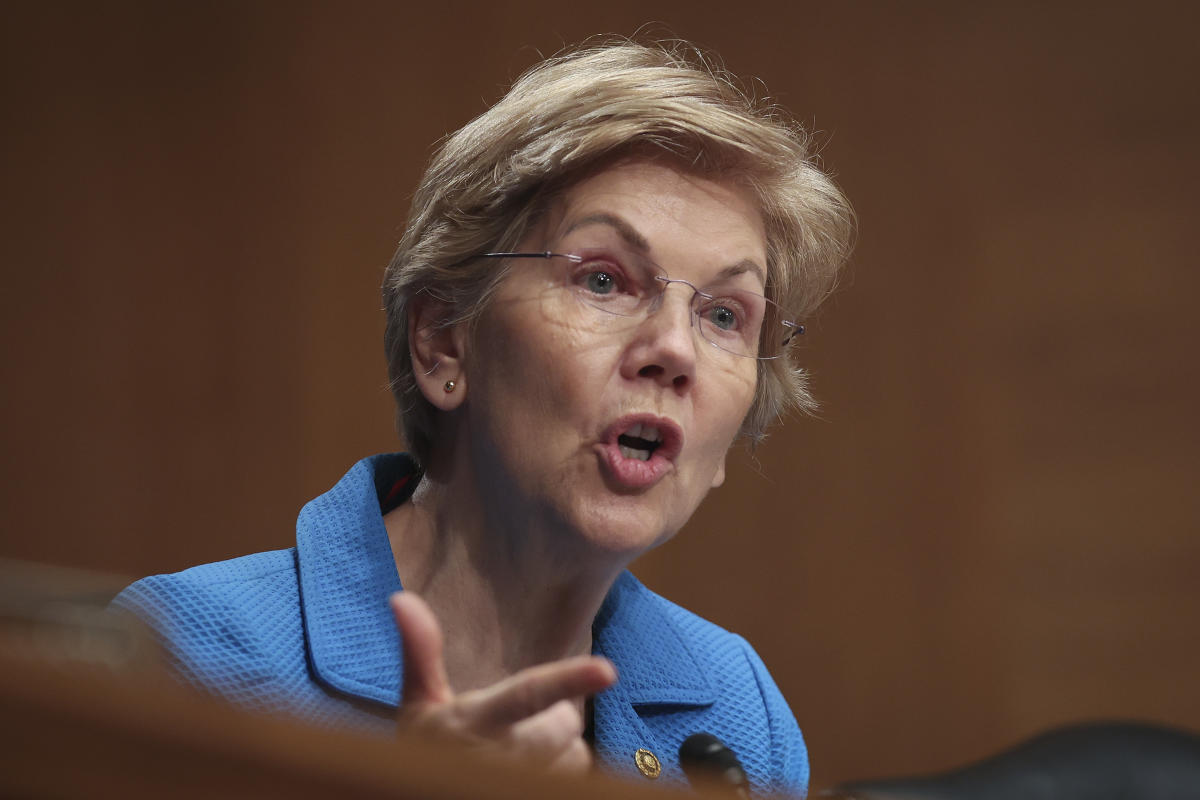 The Democratic Party’s effort to pass a social spending package, formerly known as Build Back Better, is now stretching into its second year with advocates still holding out hope it could happen via asmarted down version in the months ahead.

On Wednesday, Sen. Elizabeth Warren (D-MA) suggested that there may be a consensus forming on how to at least pay for it.

During an event at the progressive Center for American Progress, Warren said that her push to impose a minimum tax on the income that corporations report to their shareholders — rather than their taxable income — remains a real possibility.

“We haven’t gotten it all the way through, but anytime you’ve got something that you can raise revenue on and you’ve got a majority, I believe this is going to happen,” she said of her push of what she describes as an alternative minimum tax on so-called “book income”.

“We’ve got 50 Democrats ready to do this,” Warren claimed, before quickly adding a cautionary note. “So they said, I’ll feel better when they vote.”

This latest version of Warren’s idea, which she has been pushing since at least her 2020 presidential run, would raise more money from corporate America without changing the 21% corporate tax rate. Of course, the fate of the effort is likely to come down to moderate Senators Joe Manchin (D-WV) and Kyrsten Sinema (D-AZ).

Sinema, more so than Manchin, has been the most skeptical voice on tax increases, and she’s killed previous White House efforts to enact new taxes on both the richest Americans and on corporations. But a corporate minimum tax has been one of the few areas for which she has expressed openness, though it remains unclear if she would be in favor of focusing on book income versus taxable income.

And while talks last winter included a corporate minimum tax and ended up failing, Todd Simmens, BDO National Managing Partner of Tax Risk Management, recently appeared on Yahoo Finance (video above) and predicted that some flavor of tax reform — either changes to the nominal rate or a corporate minimum tax — could still be in the offing. “I do think that the game isn’t over yet,” he said, adding that each week as the midterms edge get closer and closer “the likelihood of substantial legislation, I think, fades.”

Warren’s push for this corporate minimum tax has long had its critics. As an early version of idea was being debated last year, the Tax Foundation wrote the idea would “misconstrue why there are differences between a corporation’s taxable income and book income,” arguing that lawmakers enacted the rules to create a gap for specific reasons — such as encouraging research & development (R&D) and spending money on renewable energy production — which lawmakers of both parties support and have identified as priorities.

“What really matters is asking why these divergences between book income and taxable income exist in the first place,” Alex Muresianu, a Federal Policy Analyst at the Tax Foundation, said in an interview Thursday. If this were to be enacted, he said, “It would be pretty clear that the directional impact would be negative” when it comes to how much a company is willing to invest in things like R&D.

The renewed focus on the issue comes after a 2021 tax season that saw, once again, a range of America’s biggest companies avoiding the nominal rate of 21% on corporate income. Nineteen companies among the Fortune 100 paid a rate of less than 10% and 4 paid a negative tax rate on last year’s income through tax adjustments from prior years and being able to write off investments.

President Biden has been on board with the idea of ​​a 15% minimum tax rate saying in his State of the Union address it’s “simply not fair” for corporations to avoid taxes. During the speech, Biden also said, “We got more than 130 countries to agree on a global minimum tax rate so companies can’t get out of paying their taxes at home by shipping jobs and factories overseas.”

During her remarks Wednesday, Warren also addressed the ongoing global effort, revealing that she recently had lunch with Treasury Secretary Janet Yellen where the issue came up. “We are very much pinkie-promised together,” Warren said on coordinating a 15% minimum book tax domestically with an eventual global rate.

But negotiations on Capitol Hill remain very fluid with many previous efforts on a consensus bill falling short. Manchin recently threw another monkey wrench into the process by announcing support and holding meetings to try and pass the climate and energy provisions of the package via a separate bipartisan bill. Where that leaves changes to the corporate tax rate, which are a non-starter with Republicans, is unclear.