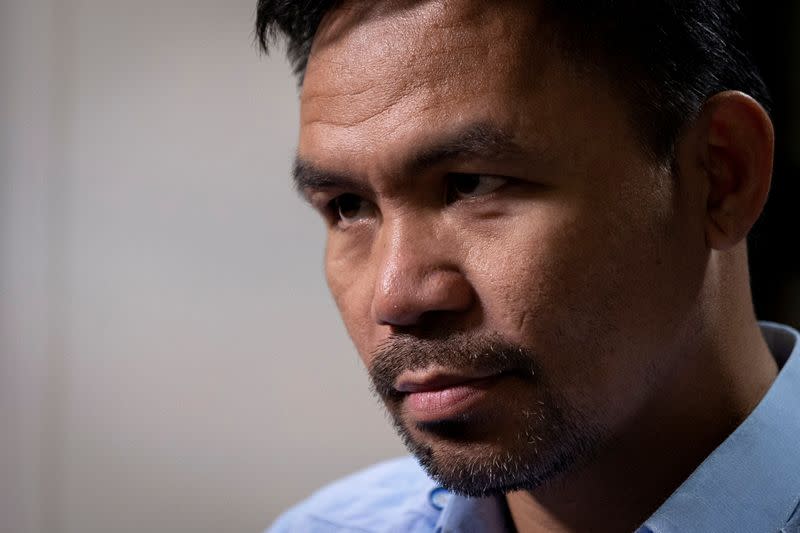 Manila city mayor Francisco Domagoso, Senator Panfilo Lacson and former Defense Secretary Norberto Gonzales, in a joint press conference on Sunday, vowed to fight together “any attempt to subvert the true will of the people by pre-emptive maneuvers or otherwise limit their choices” .

“Each of us will continue with our respective presidential campaigns and strive to be worthy of choices from which our people will select,” they said in a joint statement.

Pacquiao, who was initially expected to join the press conference but did not show up, will also “never withdraw despite the black propaganda initiated by other candidates”, according to his spokesman.

All four are trailing in opinion polls in the run up to the May 9 election, while Marcos – the son and namesake of the country’s late dictator – has retained a clear lead, with Vice President Leni Robredo far behind in second place.

“There were many attempts to limit the electorate’s choices to two (Marcos and Robredo). That’s why we had to do this (joint press conference),” Lacson said, without identifying who was making such moves.

Domagoso went as far as calling on Robredo, the only female candidate, to make a “supreme sacrifice” and withdraw from the race, for them to beat Marcos.

“I’m calling for Leni to withdraw. Whatever you’re doing is not effective against the Marcoses,” said Domagoso, a former actor better known by his stage name “Isko Moreno”.

Lacson said he was not alone in getting feelers to withdraw from the race supposedly “in exchange for financial and other considerations”.

But Robredo’s camp rejected calls for her to withdraw.

“With three weeks to go before election day, we are at a time of great momentum for our people’s campaign,” her spokesperson, Barry Gutierrez, said in a statement.