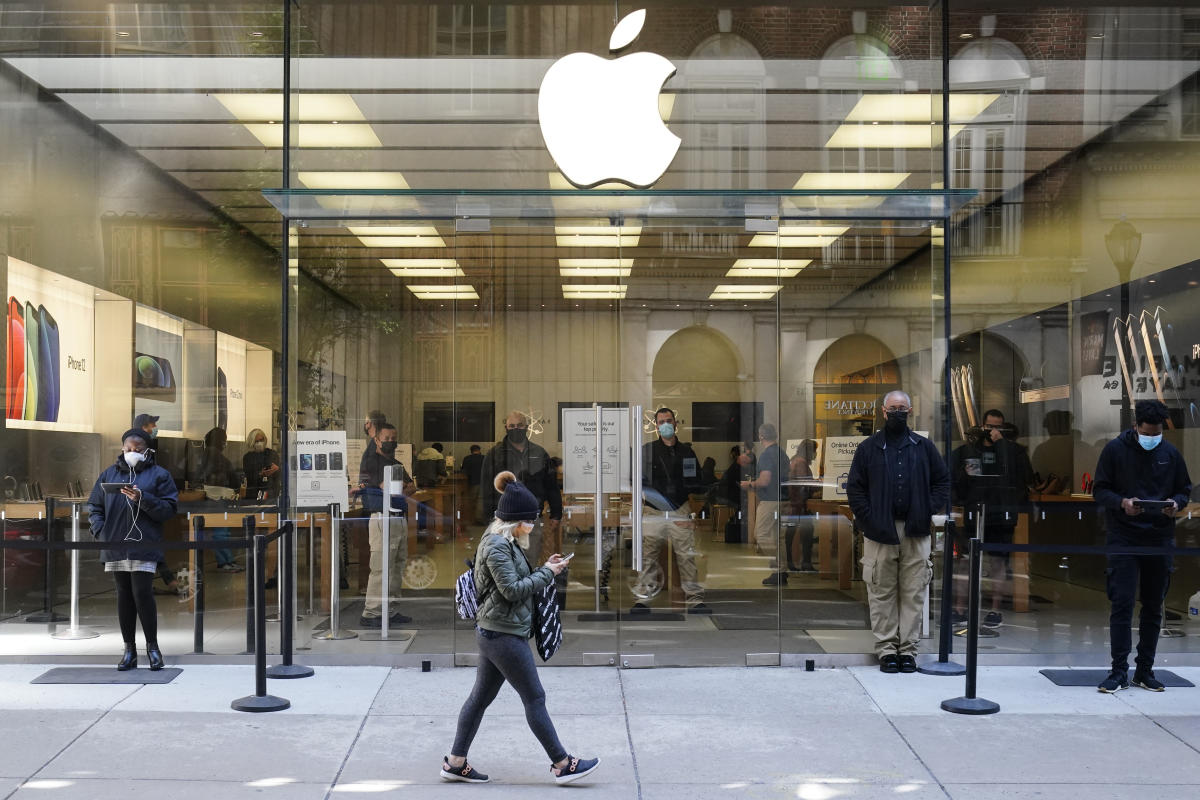 Apple (AAPL) is one of the world’s most recognizable companies. With a market valuation well north of $2 trillion, after briefly touching $3 trillion last year, its devices are universal; used everywhere from Alaska to Zimbabwe. From the advent of the personal computer, to the dark days following Steve Jobs’ ouster, to the unprecedented success of the iPhone, Apple is easily one of the biggest, most successful companies on Earth. And here’s how the tech giant made it all happen.

Wozniak created Apple’s first device, the Apple I, building the original by hand with a wooden casing as a kit computer.

The Apple II, also designed by Wozniak, launched a year later, achieving far more commercial success. It was a self-contained system with a plastic case and keyboard. However, it was the VisiCalc spreadsheet app which ran on the Apple II that helped make it a must-have for businesses and business users alike.

In 1980 Apple released Apple III, the first computer Wozniak didn’t design. The computer had a litany of problems, including heating issues that caused the solder on the motherboard to melt, and chips to pop out of their sockets. Jobs later called the losses from the Apple III “incalculable.”

Apple then began work on the Lisa and Macintosh, both of which used graphical user interfaces. The Lisa landed in 1983, but failed due to its $10,000 price tag. The $2,495 Macintosh, however, was a mass market success, and ushered in the age of modern personal computing.

Apple’s first CEO was Michael Scott, who came from National Semiconductor in 1977. Mike Markkula, an early investor and Apple’s third employee, took over from Scott in 1981, leading the company until 1983.

That year, Jobs pitched then-Pepsi CEO John Sculley to become Apple’s CEO by asking if he wanted to sell sugared water the rest of his life, or change the world. Sculley and Jobs initially hit it off, but their relationship soon soured and, in 1985, Jobs attempted to oust Scully.

The move backfired, and Apple’s board moved Jobs into the role of chairman, far from the hands-on position he wanted. He subsequently left Apple and founded the NeXT computer company.

Wozniak left the same year, after becoming frustrated with no longer working as an engineer. He sold much of his stock on the way out.

A run of CEOs

Sculley led Apple from 1983 through 1993, taking the company from annual revenue of $569 million to $8.3 billion. But the board later fired him, blaming him for moving Apple computers to PowerPC chips instead of Intel processors and for the failed launch of the Newton PDA.

The company turned the reins over to Michael Spindler, who served in the role until 1996, and oversaw the company as it licensed its OS 7 operating system to other computer manufacturers that created a handful of Mac clones. Those systems, however, undercut Apple’s prices and ate into its bottom line.

In 1996 Gil Amelio became CEO and purchased Steve Jobs’ NeXT for $400 million to use that company’s operating system in Apple’s computers. The next year, however, with Apple’s losses continuing to mount, Amelia was fired and Jobs was named interim CEO of Apple.

The return of Steve Jobs and revival of Apple

Back at the company he helped create, Jobs cut back on products and projects with the goal of returning the company to profitability. Jobs went on to lead Apple during a period of major growth with the introduction of the colorful iMac all-in-one computer, Mac OS X, the iPod, and iTunes.

In 2007, Jobs launched the company’s crown jewel: the iPhone. The next year, Jobs announced the App Store, and later launched the iPad. Jobs also oversaw the launch of the MacBook Air, which revolutionized the design and construction of laptops and computers.

Jobs, however, also suffered from pancreatic cancer later in his tenure, and at times had to hand over the company to Tim Cook, while seeking treatment. When Jobs died from the disease in 2011, Tim Cook took over as CEO.

After 42 years in business, Apple’s market capitalization crossed the $1 trillion mark in 2018. Two years later, Apple’s market cap topped out above $2 trillion. And in January 2022, the iPhone maker became the first publicly traded company with a market cap of more than $3 trillion. While it’s fallen back since, analysts are already predicting when Apple will hit $4 trillion.

In the years since its founding, Apple helped launch the computer revolution, the explosion of digital music and ushered in the smartphone age. In its wake, it left behind fewer competitors that simply couldn’t match its products or staying power. Not bad for a company that started in a garage.