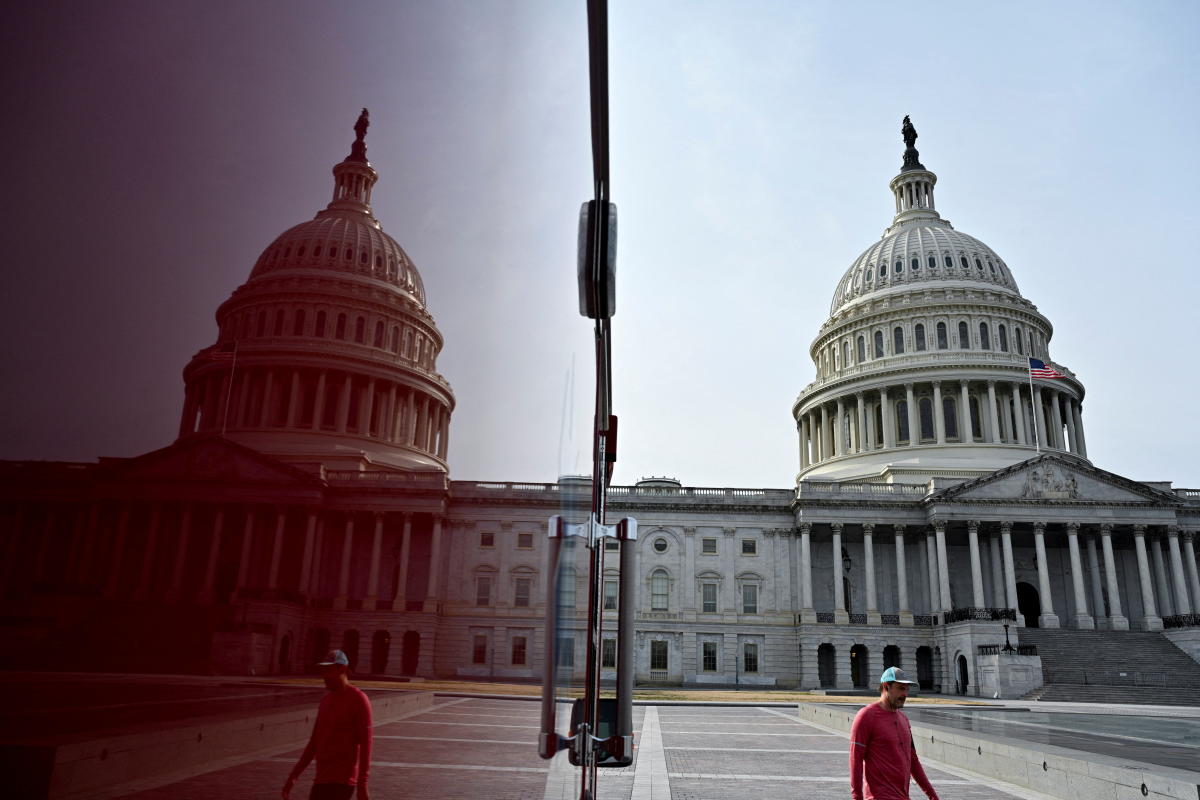 While US lawmakers have offered at least a dozen overlapping bills to regulate their own stock trades, it wasn’t until Thursday that a senator detailed plans for a final push to pass the legislation this year.

“We need to be able to come back two weeks from now and have a consolidated vision in the Senate,” Sen. Jeff Merkley (D-OR) said of work to be done during the upcoming Easter recession. “Otherwise we are going to miss this opportunity.”

With election season right around the corner, he told reporters, “Time is running out.”

Congress’ inaction comes despite public support for a measure to police lawmakers’ trades in the wake of recent scandals, including reports that two senators sold stocks after receiving a private briefing on the coronavirus in 2020. House Speaker Nancy Pelosi has also drawn attention to the matter because of her husband’s lucrative stock trades.

Craig Holman, the Capitol Hill lobbyist for Public Citizen, says three key senators — Sens. Merkley, Jon Ossoff (D-GA), and Kirsten Gillibrand (D-NY) — are hashing out a plan to regulate lawmakers’ trades. They agree on the need to ban trades but are not on the same page just yet. They have disagreed on whether lawmakers can hold individual stocks in office without trading them and whether a new rule should apply to their family members.

“If the Senate acts first, and that is what I’m expecting to happen, that will be the big motivator to get the House on board,” said Holman, who added that he has no details on the three senators’ plans.

A host of Republicans have put forth bills to ban Congressional stock trading, but the extent of their involvement in these current talks, or how many would support a consensus bill, is unclear.

A Congressional hearing Thursday illustrated how much lawmakers disagree on their approaches.

“There remains significant policy questions about the appropriate approach and the details,” said Rep. Zoe Lofgren (D-CA), the chair of the Committee on House Administration.

The witnesses and lawmakers then followed with a host of options that left little room for compromise.

“I want to state clearly that a ban on stock trading is not complicated,” said Liz Hempowicz, who represented the Project on Government Oversight, which advocates for a full ban on trades.

But multiple Republican lawmakers, such as Rep. Rodney Davis (R-IL), warned against a “knee jerk bill” driven by Democratic voices. A growing number of lawmakers — including some Democrats — have also raised questions about the various proposals.

The hearing also repeatedly touched on an issue that would complicate reform efforts: whether new rules should apply to members of the executive branch, the judiciary, and the Federal Reserve.

†I bet we are going to get this done

While Congressional stock trading has attracted more attention recently, efforts to regulate the practice go back at least a decade. In 2012, then-President Barack Obama signed the Stop Trading on Congressional Knowledge (STOCK) Act, which required public disclosure of trades within 45 days.

However, a recent investigation from Insider found that 59 members of Congress have violated provisions in the STOCK act. And in the lead-up to the coronavirus pandemic in 2020 then-Senator Kelly Loeffler (R-GA) and Sen. Richard Burr (R-NC) came under fire for selling stocks soon after a private briefing on the pandemic. Burr faced a Justice Department investigation that eventually ended without charges.

When asked Thursday whether Pelosi would support a bill, Rep. Joe Neguse (D-CO) said, “I can’t speak for House leadership.” But, he added, “I bet that we are going to get this done.”

For his part, Holman has said it can pass “with or without” Pelosi.

“I’m really counting on the Senate taking the lead on this one,” Holman, who worked on the passage of the original STOCK Act, told Yahoo Finance this week.

It’s still unclear how lawmakers will overcome their differences in the weeks ahead. In just one example, Gillibrand told The Hill that she wouldn’t support a bill that doesn’t include members of the executive branch and the judiciary, calling such a provision “essential.”