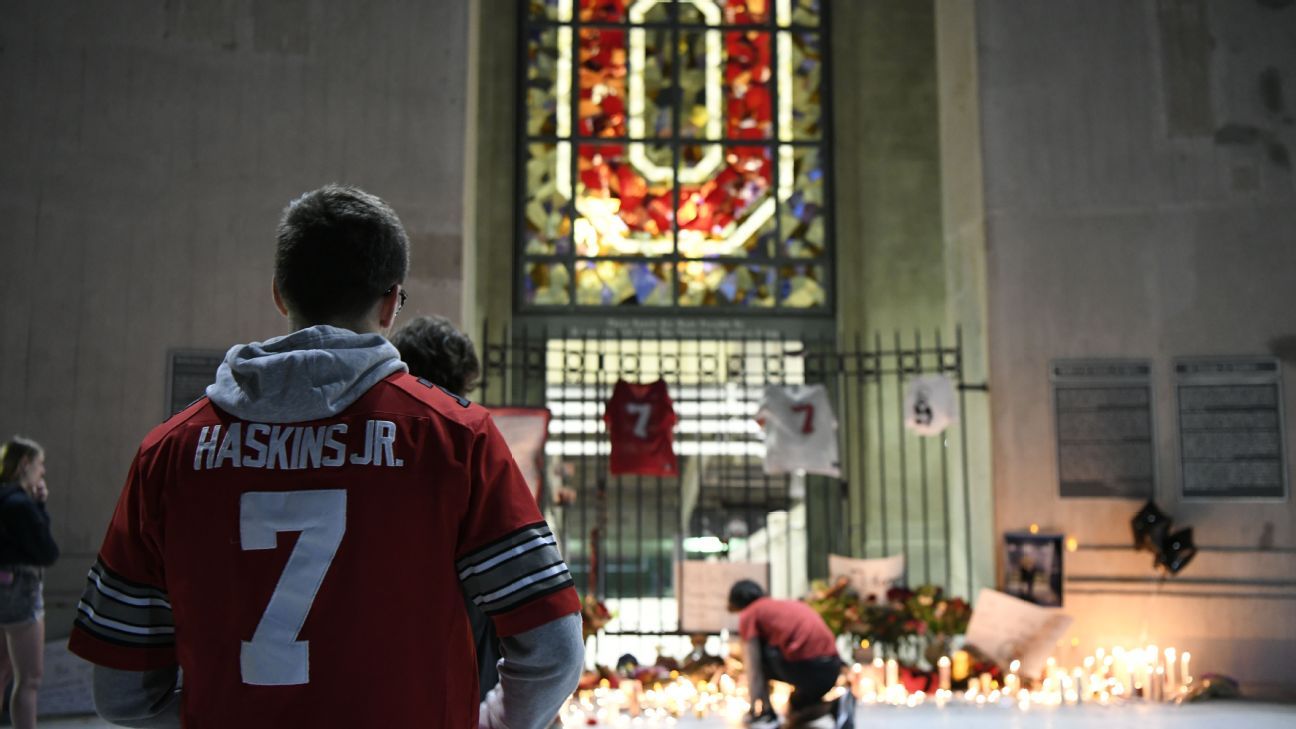 PITTSBURGH — A memorial service for Dwayne Haskins, who was killed this past Saturday when he was hit by a dump truck, will be held April 22 in Pittsburgh.

The service will be held at the Allegheny Center Alliance Church from 11 am to 1 pm with a visitation preceding the memorial from 10-11 am, Kalabrya Haskins, Dwayne Haskins’ widow, said in a statement Wednesday.

Haskins, 24, was killed when he was struck by a dump truck on I-595 in South Florida early Saturday morning.

“I would like to express my sincerest gratitude to every loving soul who has supported our family during this arduous time of loss,” Kalabrya Haskins said in her statement. “The overwhelming thoughts and prayers have been fuel for our emotional depletion. … The meaningful touches and impact Dwayne made as husband, son, brother, teammate and friend is a timeless treasure imbrued in our hearts.”

She added: “My husband was more than a great football player. He had the smile of a rainbow that touched the diversity of so many. He will forever rest and remain in our hearts til the end of time.”

A Heisman Trophy finalist at Ohio State and a first-round draft pick by the Washington Commanders in 2019, Haskins was entering his second season with the Pittsburgh Steelers and was in South Florida to train and bond with teammates when he was killed.

Memorial services for Haskins also will be held April 23 at noon at Christ Church in Rockaway Township, New Jersey, and the following day at Bullis School in Potomac, Maryland.