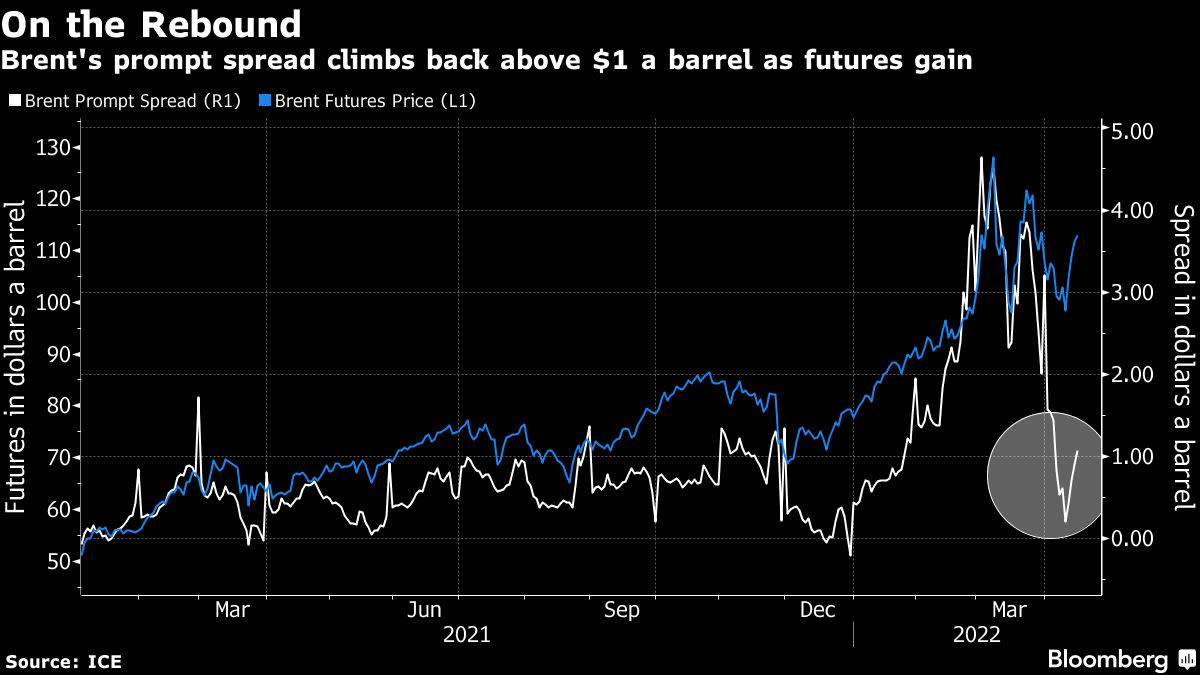 (Bloomberg) — Oil was stable amid signs that continued coronavirus lockdowns in China are weighing on the economy, countering bullish news that protests are shutting in supplies from Libya.

West Texas Intermediate traded just below $107 a barrel after rallying last week by the most since early March. China reported its biggest decline in consumer spending and worst unemployment rate since the first months of the pandemic, while Shanghai reported its first deaths from an ongoing outbreak of the virus.

Supplies are taking a hit as Libya faces further interruptions to deliveries after demonstrations against the government of Prime Minister Abdul Hamid Dbeibah on Monday shut down Sharara, the country’s biggest oil field. Protesters earlier forced two Libyan ports to stop loading, with output halted at the El Feel field.

Oil has rallied this year as the war in Ukraine disrupt an already-tight market, with some traders shunning Russian crude. The surge spurred the US and allies to announce the release of millions of barrels from strategic reserves to quell inflationary pressures. OPEC and its partners have declined to raise the pace at which they’re restoring output shuttered during the pandemic.

Russia’s Deputy Prime Minister Alexander Novak said last week that if more nations banned Russian energy flows, prices may “significantly exceed” historic highs. The US and UK have moved to bar crude from the country after Moscow’s invasion of Ukraine, and there’s pressure for the European Union to follow.

“The market is still making up its mind about how much Russian oil may be kicked out of the market,” said Matt Stanley, a trader and broker with Star Fuels in Dubai. “That’s keeping Brent at about $110 a barrel.”

In a weekend phone call, Russian President Vladimir Putin and Saudi Crown Prince Mohammed bin Salman gave a “positive assessment” of their efforts to stabilize the oil market, suggesting that no change in production policy is likely. The two nations lead the alliance that groups the Organization of Petroleum Exporting Countries and its partners, known as OPEC+.

Crude markets are backwardated, a bullish pattern marked by near-term prices above longer-dated ones. Brent’s prompt spread — the gap between its two nearest contracts — was more than $1.10 a barrel in backwardation, up from a week ago.

Oil’s surge this year has been part of a wider advance in energy commodities that’s seen prices extend gains even as the outlook for global economic growth dims. On Monday, US natural gas prices hit the highest level in more than 13 years as robust demand tests drillers’ ability to expand supplies.