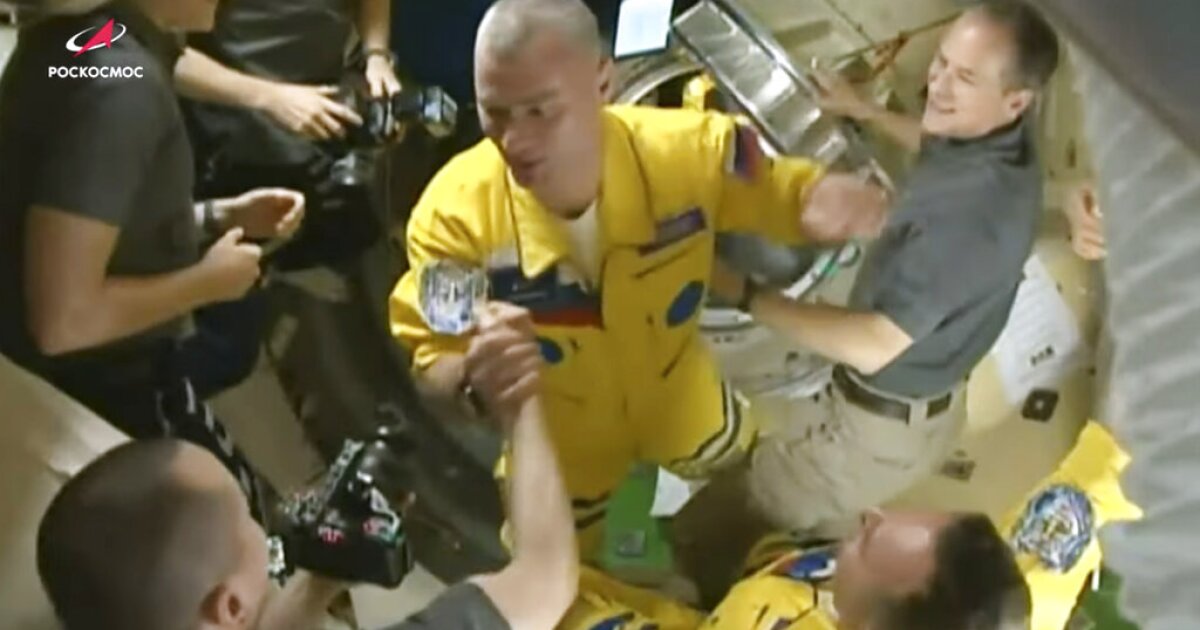 Three Russian cosmonauts were “blindsided” when the public misinterpreted their yellow and blue spacesuits while boarding the International Space Station last month as a symbol of support for Ukraine, a US astronaut said.

“All three of them happened to be associated with the same university, and I think they were kind of blindsided by it,” Vande Hei said.

US ASTRONAUT TO HITCH RIDE ON RUSSIAN CAPSULE RETURNING TO EARTH

A livestream of the three boarding the space station in their suits on March 18 sparked global discussions about whether they were trying to send a message because the suits echoed the colors of the Ukrainian flag.

The three replaced Vande Hei, who returned home on March 30 after a record-breaking 355 days in space, along with two others on the space station.

Having been in space with several Russian counterparts at the time Russian President Vladimir Putin began an invasion of Ukraine, Vande Hei said there were discussions surrounding it.

CLICK HERE TO READ MORE FROM THE WASHINGTON EXAMINER

“They weren’t very long discussions, but I did ask them how they were feeling and sometimes asked pointed questions, but our focus was on our mission together,” Vande Hei said, declining to share the nature of the conversations.