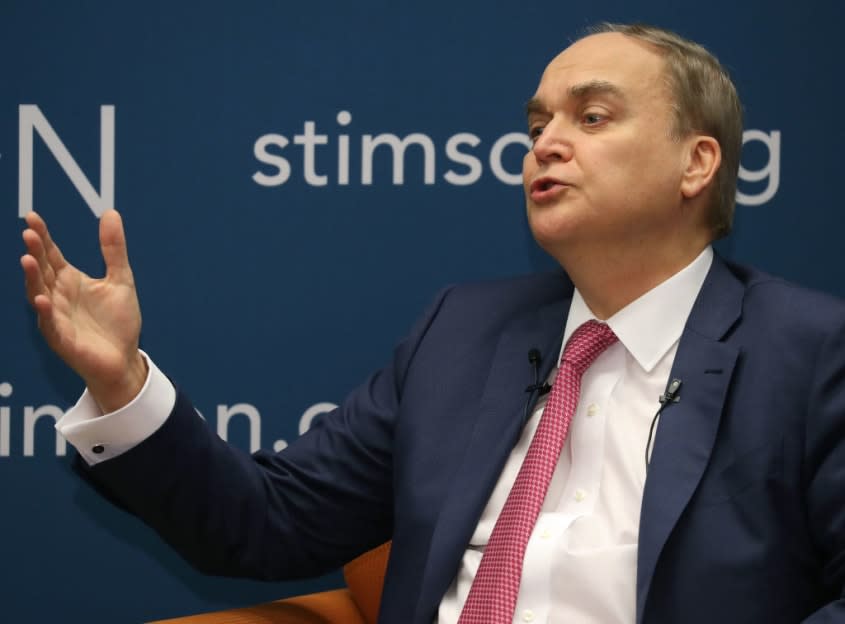 Anatoly Antonov, Russia’s ambassador to the United States, hasn’t spoken to Russian President Vladimir Putin at all since Russia invaded Ukraine on Feb. 24. In fact, the last time Antonov spoke directly to Putin was in 2017, just before he was dispatched to Washington, DC, Politico reported Monday.

When asked about his lack of contact with Putin, Antonov told Politico, “I have had enough conversations with senior officials in the Kremlin, in various agencies.” Russia, he said, has “a different system.” And besides, talking with Putin on the phone would only “give an opportunity to FBI to listen to everything what Mr. Putin could say [to] me.”

In the interview, Antonov dutifully followed Kremlin talking points, referring to the invasion as a “special military operation,” parroting concerns about Nazis in Ukraine, and decrying “Russophobia.” He also said that he believes Ukraine “has a right to be [a] sovereign country” but that he doesn’t “know what will be in the future.”