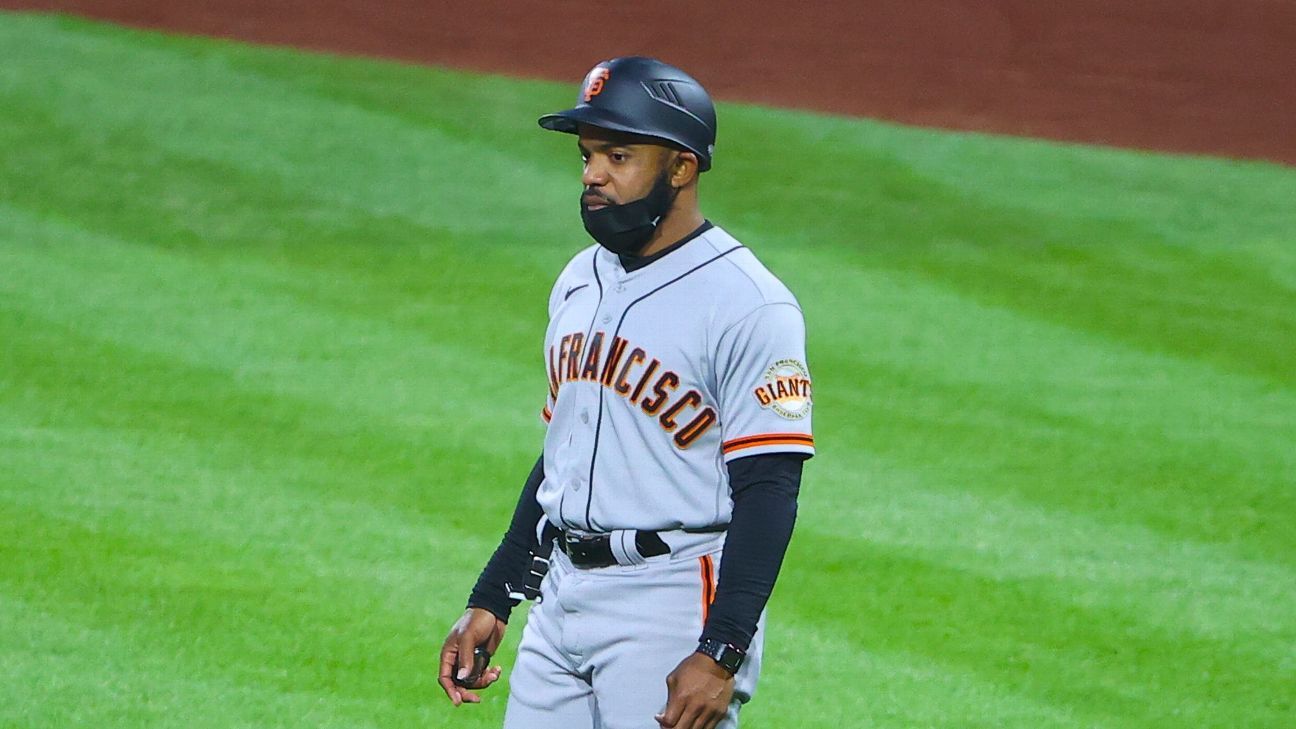 Richardson, who is Black, provided a lengthy explanation for his third-inning ejection after San Francisco’s 13-2 victory over San Diego. The Giants first-base coach said the incident started when Shildt, who is the Padres’ third-base coach, approached San Francisco’s dugout.

After a brief exchange between the coaches, Richardson said Shildt, who is white, yelled, “You need to control that motherf—er” to the Giants’ dugout, which prompted Richardson’s reaction and ultimately his ejection by umpire Greg Gibson.

“I say this because his words were disproportionately unwarranted and reeked undertones of racism when he referred to me as ‘that motherf—er,’ as if I was to be controlled or a piece of property or enslaved. I think it’s just really important we understand what happened tonight.

“And the second part that’s equally disappointing is that me being tossed by that umpire empowers this coach to continue to have conversations like that with people like me, and that’s really unfortunate that’s what happened tonight.”

Richardson said he did not curse or use any vulgar language at any point during the incident, but was told he was ejected for “instigating.”

“The umpire said to me that I was instigating,” Richardson said. “At that point in time, I asked: ‘This person called me a motherf—er and I’m being an instigator?'”

Neither Shildt nor Padres manager Bob Melvin commented on the incident after the game. Shildt is in his first season with the Padres after serving as the St. Louis Cardinals’ manager for three-plus seasons, starting in 2018.

Giants manager Gabe Kapler told reporters that he did not hear what Shildt said, but he agreed that the ejection was unwarranted and he supports Richardson.

Richardson’s ejection led the Giants to use Nakken as their first-base coach for the remainder of the game, making her the first woman in Major League Baseball history to coach on the field during a regular-season game.

“I’m really excited that Alyssa got her opportunity to make her major league debut and I’m very proud of her,” Richardson said. “I think she did a really wonderful job and we got a win, so that’s the most important thing.”

Richardson, who is from the Bahamas, said he shared his account of the incident because he wants to help “people who look like me.”