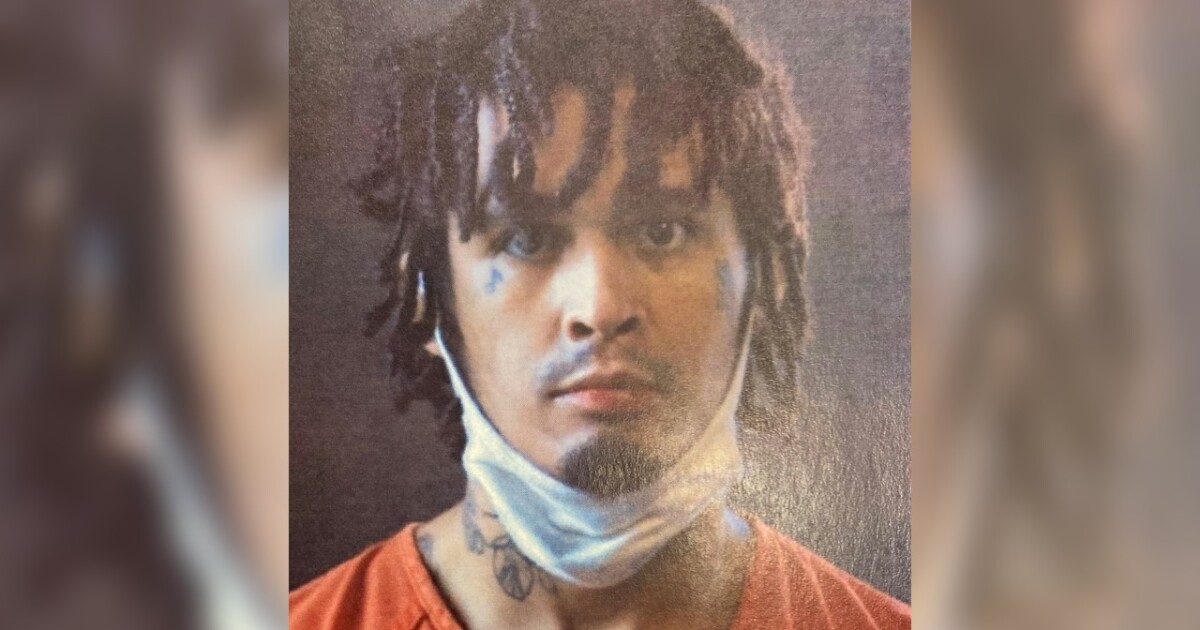 JAMES CITY COUNTY, Va. — Authorities now say one of the two convicted felons who escaped a Virginia mental hospital on Easter Sunday has been apprehended.

Officials at Eastern State Hospital in James City County called troopers earlier in the day to alert them that patients Austin Preston Leigh, 31, and Bryant Marcus Wilkerson, 29, had escaped the facility, according to Sgt. Michelle Anaya with Virginia State Police.

Anaya said Leigh, who had outstanding drug-related warrants out of Chesapeake, was taken into custody by Chesapeake Police at 5:45 pm

Leigh told police he did not know Wilkerson or where he might be.

He is being held without bond at the Chesapeake City Jail.

“State and local police departments are still actively searching for Wilkerson, and still seeking the public’s assistance in any information leading to his capture,” Anaya wrote.

Wilkerson is wanted on felony probation violation and also has a warrant for escaping a mental facility.

Anaya previously said both men were considered armed and dangerous.

Eastern State Hospital, which is about 45 minutes southeast of Richmond, is the nation’s first psychiatric hospital and dates back to 1773. It is one of five state-run mental hospitals in the Commonwealth.

Last month a man escaped from Central State Hospital in Dinwiddie County for the second time in less than three years. Central State, which opened in 1870, was the first psychiatric institution in the US for African Americans. That hospital was integrated in 1968 and today houses the state’s only maximum security mental health unit, according to the Virginia Department of Behavioral Health and Developmental Services’ website.

If you have seen Wilkerson or have information about his whereabouts, call Virginia State Police at 757-424-6800, #77 on your cell or email troopers at questions@vsp.virginia.gov.

This is a developing story, so anyone with more information can email newstips@wtvr.com to send a tip.