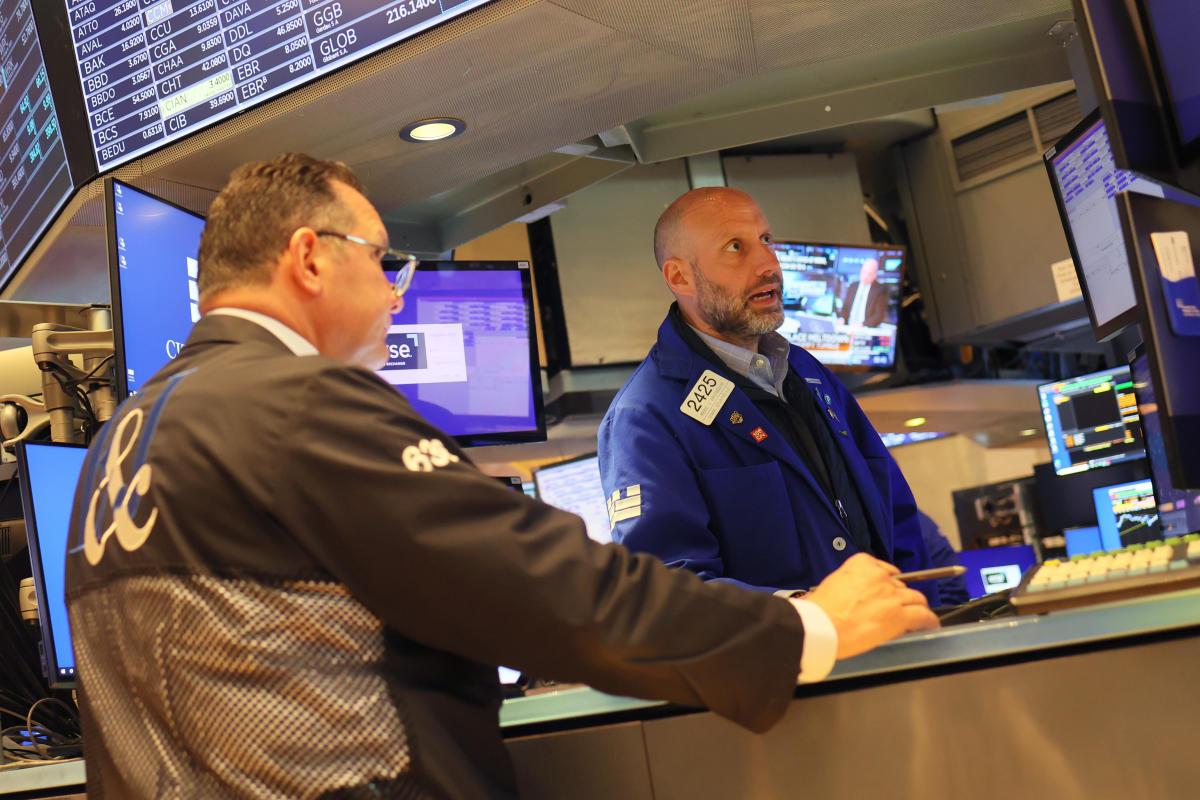 US stocks dropped sharply Wednesday afternoon as investors digested a key report on the state of inflation in the US, which came in hotter-than-expected across most major metrics.

The moves came in the wake of the Labor Department’s April Consumer Price Index (CPI), which offered an update on price increases across the US economy. While the report showed some deceleration in inflation compared to March, the rate of price increases came in well above many economists’ estimates.

The CPI rose 8.3% in April over last year, coming down only marginally from March’s 8.5% increase. That had been the fastest rate in about 40 years. Consensus economists were expecting an 8.1% increase in April, according to Bloomberg.

Much of that deceleration came as a result of a moderation in energy prices. But excluding the volatile food and energy categories, core CPI decelerated only modestly in April compared to March. Core CPI rose by 6.2% last month over last year, following March’s 6.5% increase. This was also hotter than the 6.0% rise expected.

The latest inflation data helps to inform how far the Federal Reserve will have to go on raising interest rates and tightening monetary policies in order to rein in rising prices. Uncertainty about the Fed’s next moves — and about whether these moves will bring down inflation while avoiding triggering a recession — has stirred up heightened volatility across risk assets, bringing the S&P 500 down by nearly 17% from its recent record high from Jan. 3. Stocks briefly turned lower Tuesday afternoon after Cleveland Fed President Loretta Mester said she saw the case for raising interest rates by 50 basis points at the next two Fed meetings, while leaving the door open to a potentially even larger 75 basis point rate hike.

“We’re going to see more volatility. This is not going to be an easy path forward as we still have a lot of unknowns,” Omar Aguilar, Schwab asset management CEO and chief investment officer, told Yahoo Finance Live on Tuesday. “There’s still a lot of uncertainty in many parts, not just in the macroeconomic and the economic structure, but also just geopolitically, things that haven’t been resolved, like the war in Ukraine as well as just the COVID situation in China.”

Others also suggested investors should brace for more near-term volatility.

“We finally started to see some signs of panic in the past week or so, obviously late last week and Monday,” Scott Brown, LPL Financial technical market strategist, told Yahoo Finance Live on Tuesday. “But we’re a little bit skeptical that we’re actually at the bottom. It doesn’t mean we have to go down a lot further. But a lot of things we look at, whether it’s put-to-call ratios really being extreme, the VIX spiking above 40 … They aren’t really as extreme as we typically would see in a correction, bottom, of this magnitude.”

Here’s where markets ended the trading day on Wednesday:

The Bureau of Labor Statistics’ April Consumer Price Index (CPI) rose 8.3% in April over last year, coming down from March’s 8.5% advance. That rise had marked the fastest rate since 1981. Consensus economists were expecting an 8.1% increase in April, according to Bloomberg.

7:45 am ET: Mortgage applications rise for a back-to-back week despite increasing rates

US mortgage application volume rose last week for a second consecutive week, even as mortgage rates rose to their highest levels in over a decade.

“The increase in mortgage applications last week was driven by a strong gain in application activity for conventional and government purchase loans, even as mortgage rates rose to their highest level – 5.53% – since 2009,” Joel Kan, MBA’s associate vice president of economic and industry forecasting, said in a press statement. “Despite a slow start to this year’s spring home buying season, prospective buyers are showing some resiliency to higher rates. Purchase activity has now increased for two straight weeks.”

“The rapid rise in mortgages rates continues to hit the refinance market, with activity 70% below a year ago,” Kan added. “Most homeowners refinanced to lower rates in the past two years.”