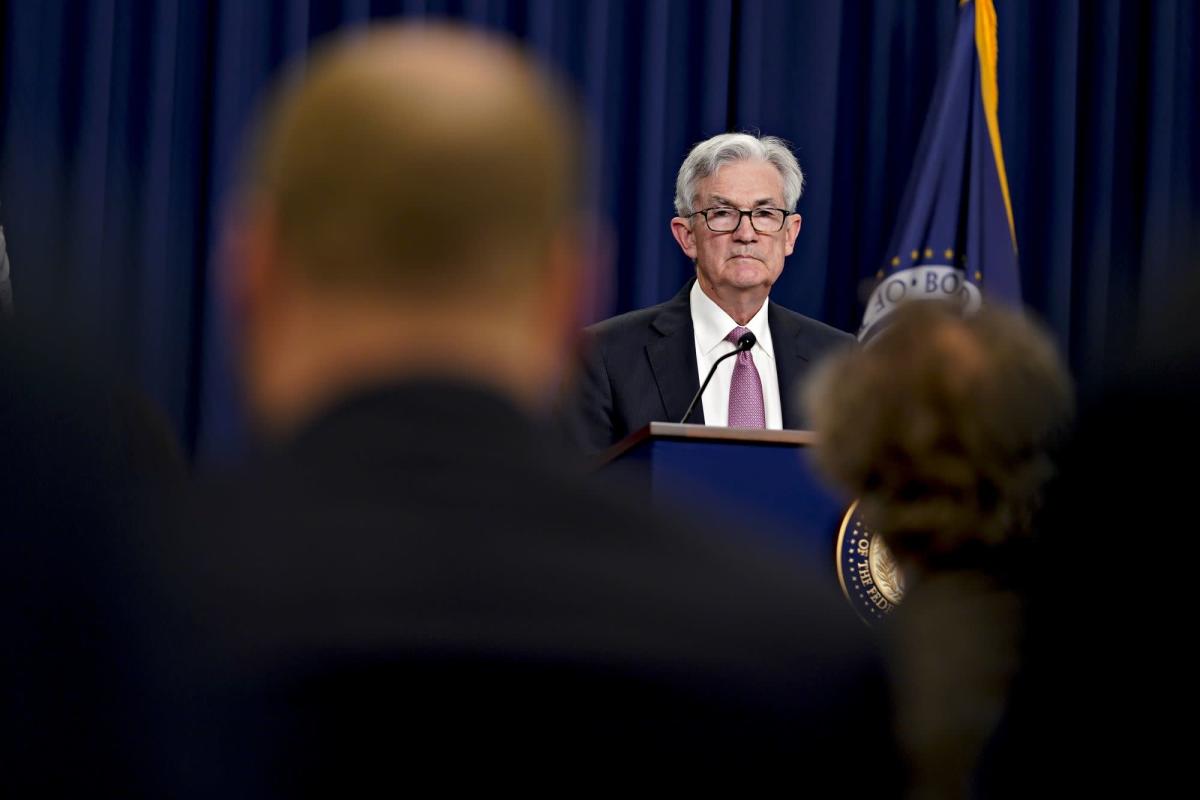 (Bloomberg) — The surge in stocks that followed this week’s Federal Reserve decision proved short lived, with traders worried that officials could struggle to fight persistently high inflation amid the lingering threat of an economic recession.

More than 95% of the companies in the S&P 500 fell on Thursday, with the benchmark halting a three-day advance. The tech-heavy Nasdaq 100 underperformed major equity gauges, tumbling almost 5%. The dollar rallied. A selloff in long-end Treasuries pushed yields to multi-year highs, with the 10-year rate jumping above 3%. Short-end yields also rose, albeit by less.

The swing higher in long-dated yields matters for the broad economy as they influence borrowing costs for companies and home owners. Mortgage rates in the US resumed their upward climb, reaching the highest level since August 2009. The average for a 30-year loan climbed to 5.27% from 5.10% last week, Freddie Mac said in a statement.

By pushing back on a jumbo-hike of 75 basis points in June, Fed Chair Jerome Powell beat back the market’s most-aggressive predictions for the path of interest rates on Wednesday. However, he may also have inadvertently set the stage for more turbulence going forward. It’s still a very rocky road ahead, with pivotal economic data and global developments due within days that could seed doubts about the central bank’s approach.

US productivity dropped in the first quarter by the most since 1947 as the economy shrank, while labor costs surged and illustrated an extremely tight job market. Separate figures showed applications for state unemployment benefits climbed to 200,000 last week from 181,000. The data precede the government’s monthly jobs report on Friday, which is currently forecast to show payrolls increased by 380,000 in April.

Elsewhere, the pound slumped as investors looked past the Bank of England’s rate increase and turned their focus on forecasts for a recession in 2023.

Some of the main moves in markets: