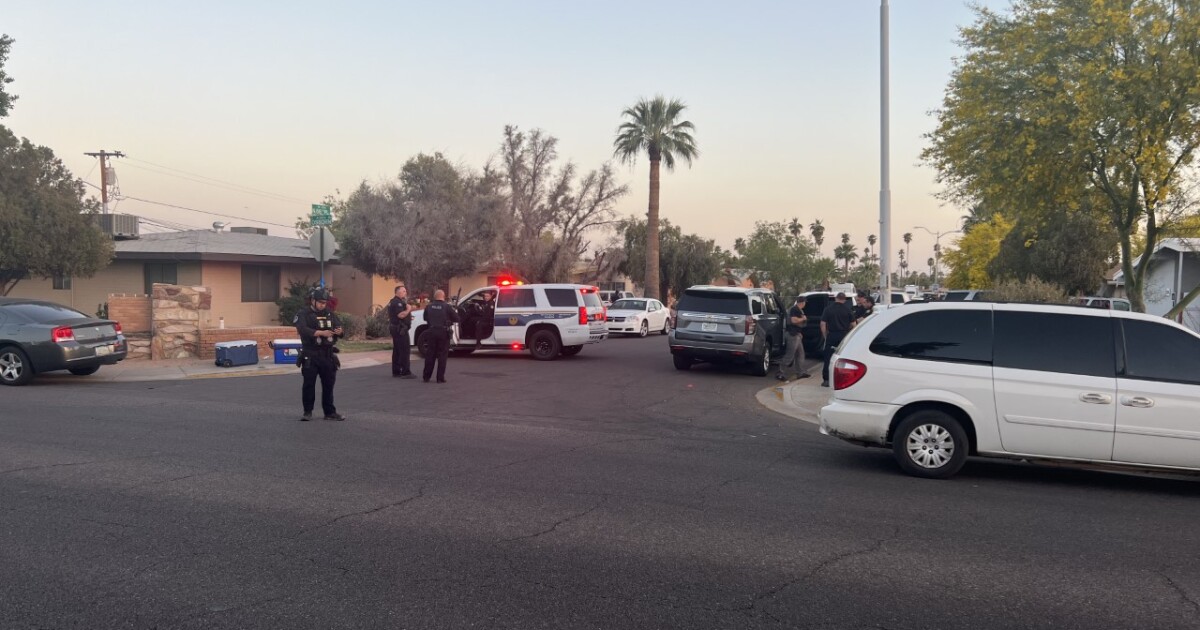 SCOTTSDALE, AZ — After a three-day manhunt, Phoenix police have taken the suspect accused of shooting a Phoenix officer on Thursday into custody, according to officials.

After hours of negotiations with authorities, 35-year-old Nicholas Cowan was taken into custody inside the residence without “significant use of force,” according to police.

Cowan is wanted in connection to a Thursday domestic violence incident in which he allegedly shot and wounded one officer.

Preliminary information provided by police Sunday night shows that Cowan sustained several gunshot wounds that they believe originated from the Thursday incident. He was taken to a local hospital to treat his injuries.

Cowan reportedly received assistance from multiple acquaintances and moved to multiple locations across the Valley before being located the Scottsdale apartment complex.

Police served a total of four search warrants in connection to the manhunt. At least one person, identified by police as Nicole Montalbano, is facing a charge of Interfering with Judicial Process in connection to allegedly helping Cowan.

Records indicate that Montalbano was booked by officials twice in the last two days.

Chief Williams thanked the community for their help with tips pertaining to Cowan.

“It was a tip tonight that led us to where we were today,” Chief Williams.

It’s unclear if the tip that was received will earn the $35,000 reward that was announced, asking for information.

Witnesses at the scene told ABC15 they saw Cowan earlier in the day and heard police repeatedly calling for him to come out immediately.

Nick Jara, the property manager for the complex, came out to the scene after one of his employees found the door to the residence barricaded.

“One of our employees came to the unit… and the employee found the door was barricaded, and at that point, the employee looked inside the window, saw that there was furniture [blocking] the door,” Jara said.

Jara tells ABC15 that the residence is not under Cowan’s name.

Phoenix police said the search for Cowan, which involves several partners, including the FBI, ATF, Prescott police, and the Yavapai County Sheriff’s Department, has been a 24/7 operation.

Police said the wounded officer, a 24-year veteran of the police department, remains in intensive care in stable condition and is “doing well” after successful surgery Thursday to remove a bullet.

On Sunday, prior to the judgment, Police Chief Jeri Williams said “These attacks taking place in our own backyard and across our country show a blatant disregard for human life and law enforcement.” She went on to say, “Despite these attacks on our police family, our officers continue to respond to calls for service to assure the safety of our community. We are committed to finding the criminal who attacked one of our own. That commitment extends to all victims of crime.”

DPS officials have deactivated the “Blue Alert” in connection to this suspect search.

Police have not yet announced what charges Cowan will face.