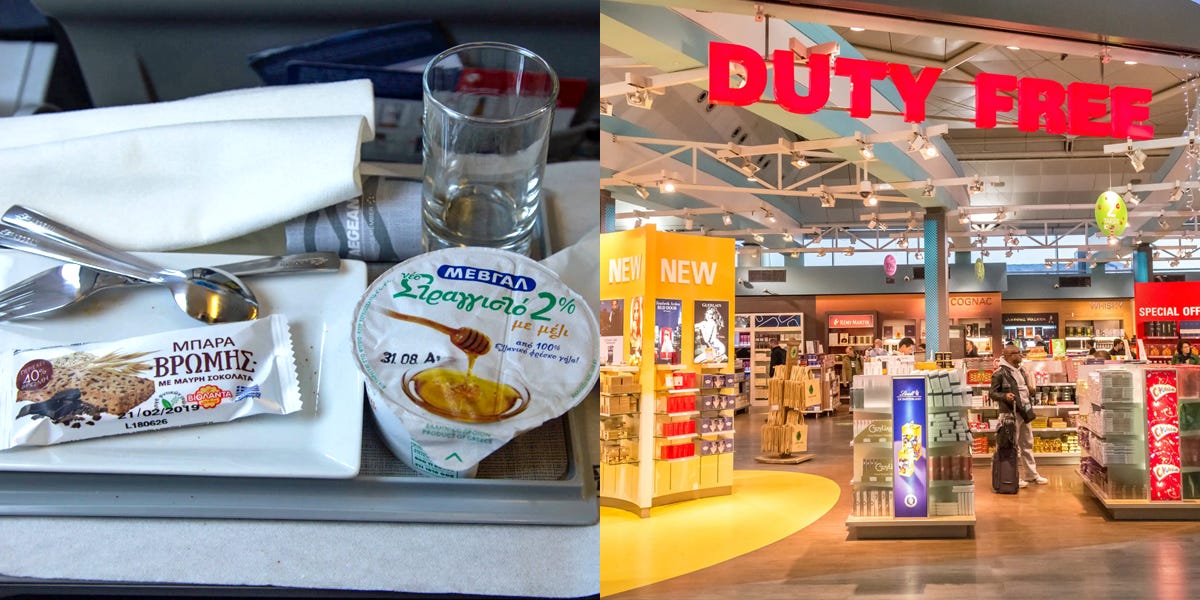 When I joined the airline industry as a flight attendant, I thought we’d learn all the secrets for getting the cheapest tickets. But, instead, I had to pick them up myself or through my colleagues.

Here are some of the best tips I’ve learned for saving money while flying:

If you fly business class, you can usually save by waiting to upgrade at the airport

I know it might sound strange, but I always advise everybody to purchase an economy ticket at home and upgrade it at the airport.

Opting for an upgrade will drastically reduce the price of the ticket.

As soon as you purchase your economy seat, you may start receiving email deals to upgrade your ticket but don’t rush. Wait until you get to the airport and ask for an upgrade at the counter or the gate.

Sometimes, if the plane is empty or you have a loyalty program with the airline, the gate agent can upgrade you to business class at no additional cost. But even if you have to pay, it’s still going to be much cheaper than buying online.

Just be extremely nice to the staff and arrive early so business seats are still available. But don’t wait until you get on the plane — flight attendants don’t usually have that much power.

Never waste money on bottled water at the airport

Plane travel is expensive. You already paid for the ticket, taxi, and luggage, so don’t waste your money on overpriced airport water.

Most airports are full of water fountains, and many even have a special pump to refill bottles quickly.

To keep your bottle full during the flight, just ask your flight attendant for a refill. If you’re lucky, they may even put ice in it.

For some reason, people have a fear of bringing food through TSA security. But it’s a great way to save money, as long as it’s solid, like a sandwich.

There are even restaurants and shops before security that advertise TSA-approved foods.

If you’re flying internationally, it’s best to finish any food from your first destination before landing since some countries don’t allow fresh foods through customs.

Freeze your liquids to avoid checking a bag

If you have an important liquid that’s over 3 ounces, but you don’t want to pay to check a bag, it’s worth trying to freeze it so it goes through the security scanner as a solid.

Even if it melts a little bit on the ride to the airport, it shouldn’t be a problem as long as it’s stored properly.

Duty-free always attracts passengers at the airport, but the savings aren’t as good as they seem. Some airlines also have duty-free catalogs onboard where you can shop in the skies. But those prices are even worse.

You can find much better deals online if you take the time to look.

Some days are cheaper to purchase tickets than others

There’s no perfect recipe for booking the cheapest flight. But there are some tips that can help you stick to your budget.

The best days to buy tickets are Tuesday and Wednesday because prices tend to drop after and before the weekend.

If you have some flexibility, it’s also better to check out different dates on the calendar instead of looking for one specific day to fly.

Onboard purchases are overpriced

Many onboard rules have changed amid the coronavirus pandemic, including some airlines suspending hot food during flights.

Try to bring some food from home or the hotel before boarding. Otherwise, you’ll have to buy onboard snacks, which are too small to be considered a meal and extremely overpriced.

Parking adds up, especially if you’re away on a longer trip

If you live far from the airport and have a lot of luggage, driving yourself may seem like the easiest option. But some people don’t realize how expensive parking can be.

In New York City, airport parking can be as high as $70 a day. If you go on vacation for a week, that adds up.

Reaching out to family or friends for a ride is obviously the cheapest option, but a taxi is usually still cheaper than paying for parking depending on the length of your trip.

If you can spare the time, another good option is booking cheaper parking near the airport and taking a shuttle to the terminal.

Too often, people land at an international airport and realize they don’t have the right currency. But the airport is the worst place to exchange if you want a good rate.

Most banks or shopping malls have currency exchanges with steadier rates if you remember before your flight. And if you forget, just get enough money for a taxi into the city and go to a local bank.

It pays to stay loyal to one airline

It’s always a better idea to stick with one airline or group of airlines and open a bonus card with them.

In addition to collecting miles you can use on a later flight, you can also get free checked bags, upgrades, and access to lounges with free food and drinks.