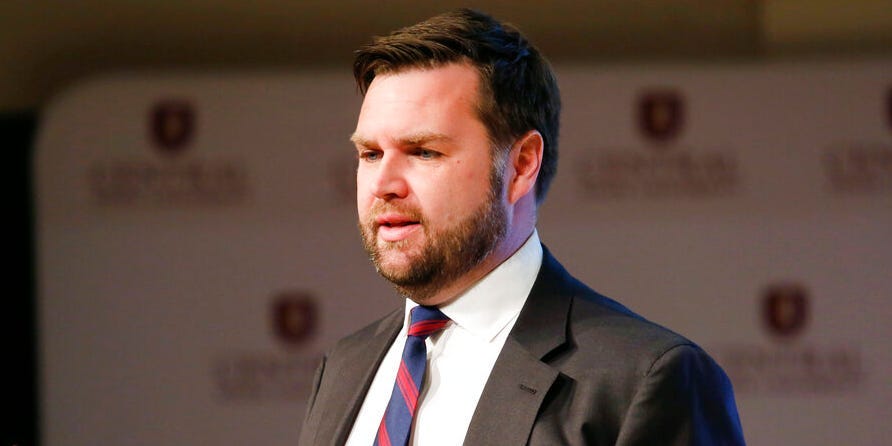 After former President Donald Trump on Friday endorsed “Hillbilly Elegy” author JD Vance in the hotly-contested Ohio Republican Senate primary, he received so many phone calls that he refused from accepting them for the rest of the day, The Washington Post reported.

Trump — who easily won Ohio in 2016 and 2020 — decided to back Vance despite advisors and associates who were pushing him toward other candidates in the race, which includes former state treasurer Josh Mandel, businessman Mike Gibbons, former Republican state party chairwoman Jane Timken, and state Sen. Matt Dolan, among others.

The contest has been a raucous affair in recent months as candidates have sharpened their messaging ahead of the May 3 GOP primary, seeking to gain favor with the legions of conservatives who powered Trump’s wins during his two presidential campaigns and have shifted Ohio rightward after its long run as the quintessential Midwestern swing state.

Vance’s candidacy was panned by over two dozen local GOP leaders across the state; the group last week wrote a letter to the former president in an attempt to ward off an endorsement.

“While we were working hard in Ohio to support you and Make America Great Again, JD Vance was actively working against your candidacy,” they wrote in the letter, per Politico.

Dave Johnson, the chairman of the Columbiana County Republican Party and a staunch backer of Trump, told The Post that he didn’t want the Vance endorsement to come back and haunt the former president.

“I don’t want him to make a misstep for his sake,” Johnson told the newspaper. “I think it will backfire on Trump, and if he’s running in 2024, I want Ohio to stay strong Trump country.”

The president “received so many calls that he stopped taking them Friday,” according to an advisor who spoke with The Post.

A Fox News survey from March showed Gibbons leading the GOP primary with 22% of the vote, followed by Mandel at 20%, Vance with 11%, Timken at 9%, and Dolan receiving 7% support.

Vance had previously been very critical of Trump — with the Republican calling himself a “Never Trump guy” and blasting the then-GOP presidential candidate as an “idiot” during a 2016 interview with former PBS journalist Charlie Rose — but he has since backtracked his statement.

“Like a lot of people, I criticized Trump back in 2016,” Vance said during an interview on Fox News last July. “And I ask folks not to judge me based on what I said in 2016, because I’ve been very open that I did say those critical things and I regret them, and I regret being wrong about the guy.”

Before Trump threw his support behind Vance, he had already received support from the former president’s eldest son, Donald Trump Jr., and billionaire entrepreneur Peter Thiel.

According to a Trump advisor who spoke with The Post, the former president was willing to endorse Vance because he felt he could get the first-time candidate across the finish line.

Trump echoed the sentiment in announcing the endorsement, where he also acknowledged that Vance had been critical of him in the past.

“In the Great State of Ohio, the candidate most qualified and ready to win in November is JD Vance. We cannot play games. It is all about winning!” the former president said in a statement.

He continued: “Like some others, JD Vance may have said some not so great things about me in the past, but he gets it now, and I have seen that in spades. He is our best chance for victory in what could be a very tough race.”

Republican Sen. Rob Portman, who is vacating the seat after the November midterm elections, threw his support behind Timken in February.

The winner of the GOP contest will likely face Rep. Tim Ryan, the frontrunner in the Democratic primary.

A representative for Trump did not immediately return Insider’s request for comment.