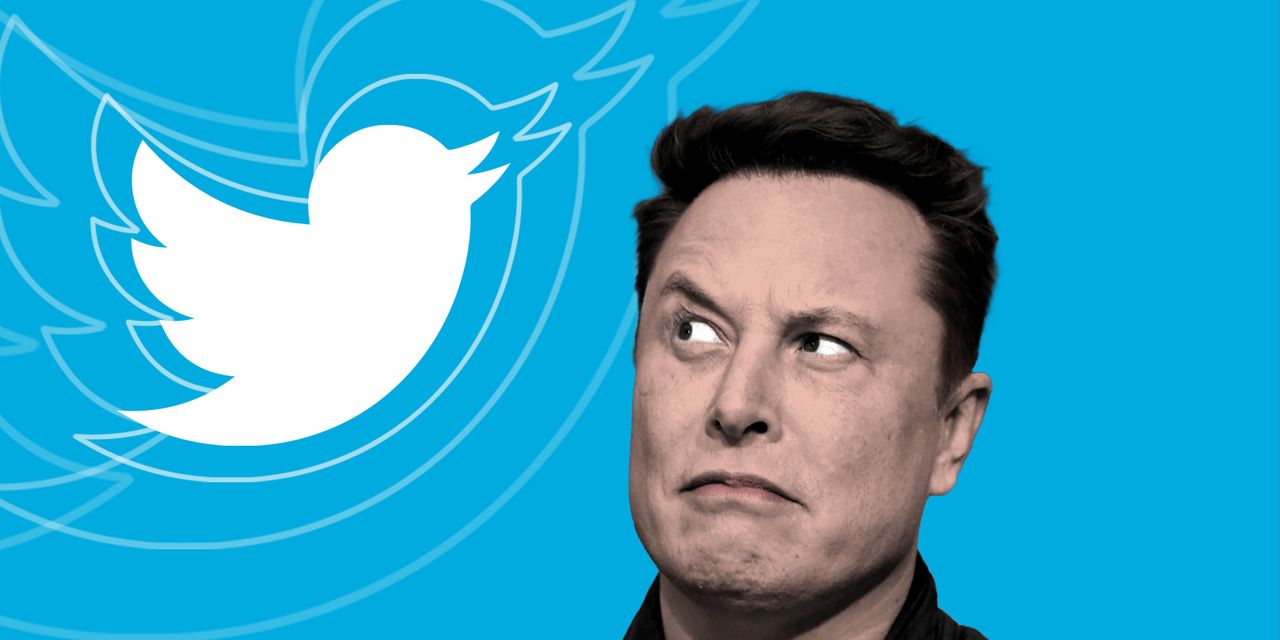 Shares of Twitter Inc. tumbled Friday, after Elon Musk said he was putting the deal to buy the social-media company “temporarily on hold” while he does his due diligence on fake accounts.

dropped 10.1% in morning trading, but pared premarket losses of as much as 25%. The selloff puts the stock on track for the lowest close since April 1, which was before Musk first disclosed he took a 9.2% stake in Twitter.

Musk, who is the “Technoking” and chief executive of electric vehicle market leader Tesla Inc. TSLA,
†
announced the hold through a tweet:

Musk first disclosed his stake in Twitter on April 4, then said on April 14 that he was launching an unsolicited bid for the company. On April 25, Twitter agreed to be acquired by Musk for $54.20 a share.

Dan Ives, the prolific Wedbush analyst, said the implications of Musk’s “bizarre tweet” will send this “Twitter circus show into a Friday the 13th horror show.” He said investors could now view the deal as falling apart, or that Musk is negotiating for a lower deal price or that Musk might simply walk away from the deal with a $1 billion breakup fee.

“The nature of Musk creating so much uncertainty in a tweet (and not a filing) is very troubling to us and the Street and now sends this whole deal into a circus show with many questions and no concrete answers as to the path of this deal going forward,” Ives wrote in a note to clients.

Prior to Thursday’s selloff, Twitter’s stock had dropped 10.5% amid a five-day losing streak.

CFRA analyst Angelo Zino said he had thought the biggest risk that the deal falls through was Musk having a change of heart and questioning his own motive.

“Separately, this move is likely to drive greater uncertainty and chaos within [Twitter]which could have negative implications on its own business prospects,” Zino wrote.

On Thursday, Twitter had said two executives were leaving the company ahead of the Musk buyout, and said it planned to pause most hiring plans.

Meanwhile, Musk’s tweet sent Tesla’s stock surging 5.3% in morning trading, as the stock has been falling since Musk disclosed his Twitter stake, amid concerns that he would have to sell some Tesla stock to fund the buyout and worries that the deal would distract him from running the EV maker.

Since April 4, when Musk disclosed his Twitter stake, Tesla’s stock had plunged 36.4% through Thursday.