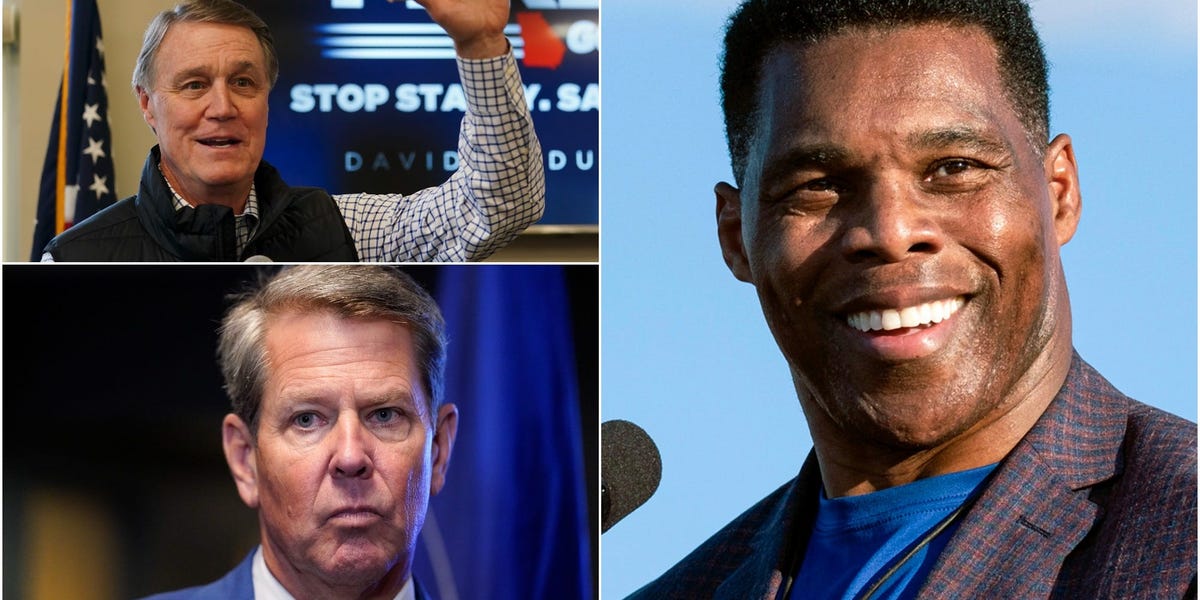 Former President Donald Trump continues to maintain that Georgia Republican Senate candidate Herschel Walker will be hurt by Gov. Brian Kemp’s presence on the ballot if the state executive captures the GOP nomination later this month, per The Atlanta Journal-Constitution.

In a tele-rally that was held on behalf of former Sen. David Perdue earlier this week, Trump insisted that Kemp would be a drag on Republicans in their effort to restore GOP dominance in a state that saw major Democratic gains in 2020.

On May 24, Kemp will compete in the GOP gubernatorial primary against Perdue — who lost his reelection bid to now-Democratic Sen. Jon Ossoff in a 2021 Senate runoff election and received the endorsement of Trump late last year — while Walker is expected to walk to an easy nomination as the party’s nominee to face incumbent Democratic Sen. Raphael Warnock.

Nevertheless, Trump thinks Walker — a former University of Georgia football standout and NFL star — will be weighed down by some grassroots grumblings regarding Kemp’s refusal to overturn the presidential election results in the Peach State, which saw now-President Joe Biden carry the longtime conservative bastion against Trump.

Georgia Secretary of State Brad Raffensperger rejected Trump’s repeated entries to “find” additional votes to invalidate Biden’s win. And the former president has continued to believe that Kemp did not do his due diligence in upholding election integrity in the state, despite no evidence of widespread fraud after several vote counts.

Perdue — who is currently trailing Kemp in most major polling despite Trump’s endorsement — parroted Trump’s convictions about the two races during the tele-rally.

“If we want that Senate race, we have to win this governor’s race,” the former senator said, pointing out the significance of the Georgia contests as Republicans seek to regain the Senate majority that they lost last year while also warding off a challenge from likely Democratic gubernatorial nominee Stacey Abrams, who narrowly lost to Kemp in 2018.

During the event, Trump blasted Kemp as a “truly horrendous RINO,” or Republican in name only, a pejorative generally reserved for members of the party who aren’t considered to be true conservatives. The former president also charged that Kemp would not inspire robust GOP turnout, a problem that proved devastating for Republicans during the 2021 Senate runoffs, which saw Perdue and then-Sen. Kelly Loeffler lost their seats to Democrats after an enthusiasm gap developed in the weeks leading up to the January election date.