Inflation has been on everyone’s mind for months now — and for a good reason. The most recent measure of inflation, the consumer price index, came in at 8.5% for March, marking the 10th consecutive month that inflation is above 5%. 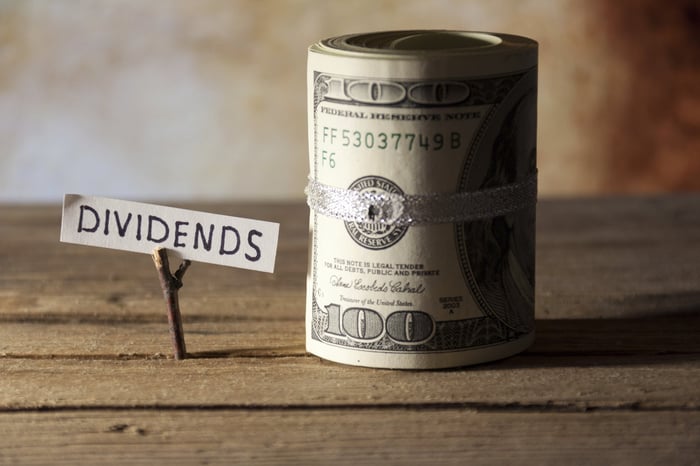 Owl Rock Capital has a high dividend yield, delivering investors 8.18% annually. Its yield is so high because it is a Business Development Corporation (BDC). A BDC is a company that lends to or buys equity in private businesses in the United States. BDCs have similar tax rules as real estate investment trusts (REITs), which require the company to payout at least 90% of its taxable income in the form of dividends. As a result, these types of stocks tend to produce high dividend yields.

Owl Rock Capital provides loans to middle-market companies — a market that it sees as an underserved market. It lends to companies with earnings before interest, taxes, depreciation, and amortization (EBITDA) of $10 million to $250 million and annual revenues of $50 million to $2.5 billion.

Owl Rock Capital sees how institutional investors primarily make loans to the biggest companies in the US because of liquidity requirements that can constrain who they invest in. As a result, middle-market companies are underserved. This could potentially make the loans higher risk, but Owl Rock Capital is highly selective in who it extends loans to — lending to just 5% of the companies that it reviews. It also has a portfolio of 75% first-lien loans, or loans that would get paid first in the event of a liquidation.

The BDC also stands to benefit from rising interest rates. Currently, interest rates are rising as the Federal Reserve looks to fight inflationary pressures. In its recent regulatory filing, the company disclosed that a 1% increase in interest rates would raise net income by $1.3 million. If rates rose 2%, net income would increase by nearly $81 million.

Owl Rock Capital has several diversified high-quality loans based on sector and position size, and it stands to benefit from rising interest rates, making this a dividend stock you don’t want to miss out on.

B. Riley Financial is a financial services firm that makes money from investment banking and trading income. Last year, the company benefited from active deal-making activity, which boosted its investment banking revenue. The firm saw revenue grow 93% to $1.7 billion, while net income increased 118% to $436 million.

The robust investment banking backdrop helped B. Riley nearly double its investments to $1.5 billion, while its cash balance increased 169% to $279 million by the end of 2021. With more cash on hand, B. Riley purchased wealth management companies National Holdings and 272 capital.

By buying these wealth managers, B. Riley diversified away from its heavy reliance on investment banking and has grown client assets to $32 billion. In recent months, B. Riley has taken a hit as investment banking activity has slowed down. However, the company has a strong cash position and currently delivers investors an attractive yield of 5.29% and is trading at a cheap valuation with a price-to-earnings ratio (P/E) of just 3.7.

Prudential Financial is a provider of life insurance and other financial products. The company suffered amid the pandemic, and in 2020 it posted its first net loss in seven years. This kicked off a transformation for the business.

In the last year, Prudential’s leaders have focused on improving the business, cutting less profitable products and services while expanding those businesses that can drive long-term growth that can be less sensitive to market conditions.

One of management’s goals was to cut costs by $750 million by 2023. Last year alone, the company cut costs by $635 million. It sold off its businesses in Korea and Taiwan for $1.8 billion in cash. It also sold off its full-service business for $3.5 billion this year.

Prudential Financial is positioned well with a strong balance sheet, boasting $3.6 billion in liquid assets. It also has a payout ratio of 23.5%, so it should have no problem maintaining its dividend, which yields investors 4% annually.

Just like Prudential, ExxonMobil faced struggles amid the pandemic. Lockdowns drastically reduced the number of drivers on the road, and as a result, the company lost $22 billion in 2020. However, it has bounced back since then.

The business is booming, and last year the company put up a net income of $23 billion. With OPEC refusing to boost production, oil prices will likely remain high, benefiting ExxonMobil. The company is aimed to put up one of its most profitable quarters in over a decade when it announces earnings on April 29.

The company has paid down the debt it took on during the pandemic, is flush with cash, and is buying back $10 billion in shares. The company has paid a dividend 140 years straight and has increased its payout annually for the last 39 years — making it a member of the Dividend Aristocrat club. Given the current economic backdrop and oil price, ExxonMobil is a solid investment that currently yields you a dividend of 3.98% annually.