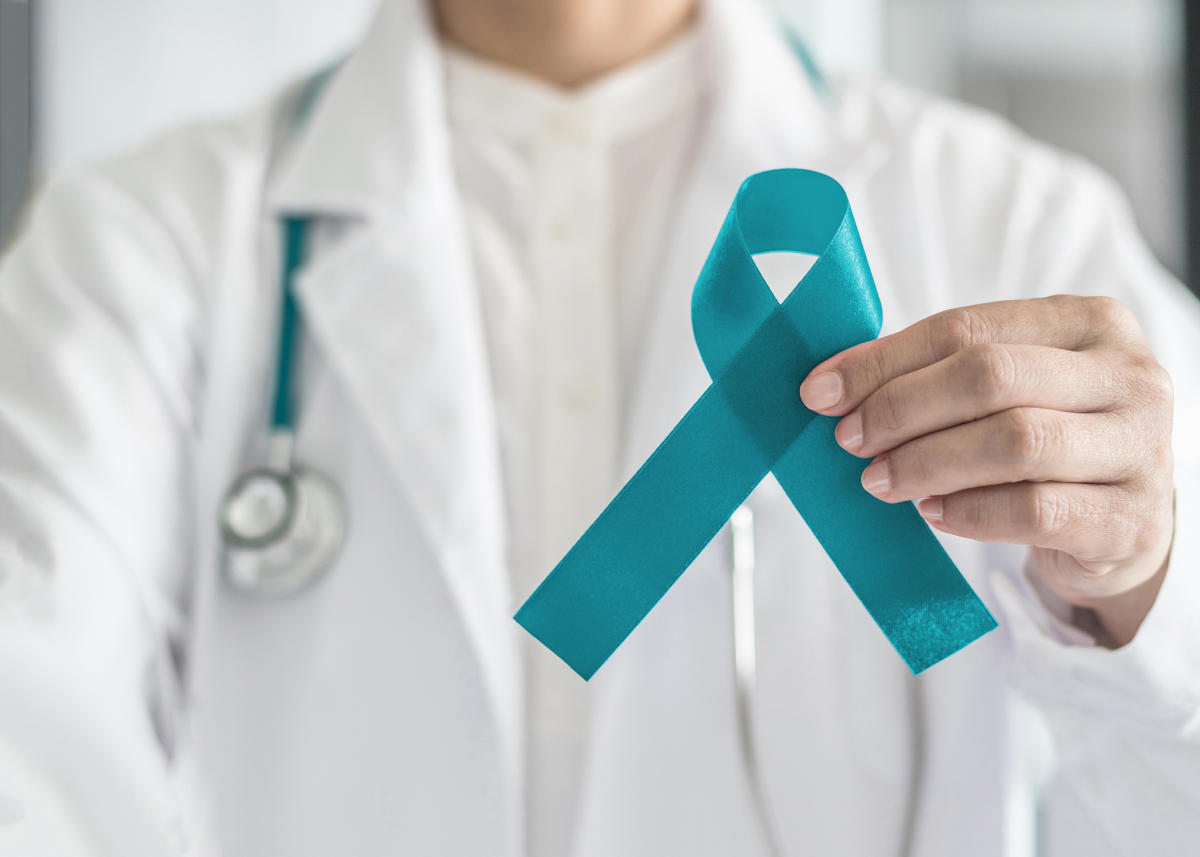 Ovarian cancer is the 7th most common cancer in women in the world. However, unlike breast and cervical cancers, there is currently no routine screening process in place for detecting the disease that is often overlooked and misunderstood.

According to the Vancouver General Hospital and University of British Columbia Hospital Foundation, more than 3,100 women are diagnosed with ovarian cancer each year in Canada.

With cases expected to rise in the coming years, experts say it’s important for all women to be aware of the signs and symptoms.

What is ovarian cancer?

Ovarian cancer is a group of diseases that originates in the ovaries, or in the related areas of the fallopian tubes and the peritoneum, which is the membrane that lines the abdominal cavity.

The ovaries are oval shaped glands located on either side of the uterus that produce eggs for female reproduction as well as female hormones estrogen and progesterone.

It’s estimated there are more than 30 different types of ovarian cancer, which is the deadliest of the female cancers.

What are the signs and symptoms of ovarian cancer?

Ovarian cancer symptoms can be vague, which means they can often be mistaken for less severe illnesses.

dr. Rebecca Stone, an associate professor of gynecologic oncology at Johns Hopkins in Baltimore, Md., tells Yahoo Canada that by the time people are diagnosed with ovarian cancer, their disease have likely advanced to stage three or stage four.

In Stone’s estimation, approximately 85 per cent of the cases diagnosed are stage three or four cancer, meaning the cancer has spread beyond the pelvis to other parts of the body, like the abdomen, liver, and surrounding lymph nodes.

Some of the common symptoms include:

Who is at risk of ovarian cancer?

There are several factors that increase a woman’s chance of developing epithelial ovarian cancer, which is the most common type of ovarian cancer.

According to the American Cancer Society, ovarian cancer is rare in women younger than 40 and typically develops after menopause.

Giving birth for the first time after 35 years of age and never having a full-term pregnancy can also contribute to developing ovarian cancer.

These risk factors do not apply to less common types of ovarian cancer, including germ cell tumors and stromal tumors.

Having a family history of ovarian cancer as well as breast cancer and colorectal cancer increases a woman’s risk of getting ovarian cancer.

How is ovarian cancer diagnosed?

Stone says many women may have a misperception that because they go for a pelvic exam once a year or have a pap smear that they are also being screened for ovarian cancer, but that’s not the case. There is no early detection screening for ovarian cancer.

If there is a family history of ovarian cancer or breast cancer at a young age, or multiple generations of colon, pancreatic or prostate cancer, Stone says you should talk to your doctor about your eligibility for genetic counseling and testing.

“It is effectively the only type of ‘screening test’ we have available is to screen for women who may have an increased genetic risk of ovarian cancer,” says Stone.

While only about 20 per cent of ovarian cancer is hereditary, Stone says knowing your family history is a good way to identify any risks early on and get started with “risk reduction strategies.”

“One of those is surgery, removal of tubes and ovaries when women are done having kids, maybe one day just the tubes if we’re right about our theory that most of this [ovarian cancer] is coming from the tubes and not the ovary and those studies are underway,” she explains.

Aside from genetic testing, a transvaginal ultrasound and biopsy can also help in the diagnosis of ovarian cancer.

Does the HPV vaccine have any effectiveness with ovarian cancer?

Studies have confirmed that the HPV vaccine can help prevent cervical cancer, but Stone says it does not protect you against ovarian cancer.

†Ovarian cancer to our knowledge is not HPV driven like cervical cancer,” she adds.

How can you reduce your risk of ovarian cancer?

You can’t prevent ovarian cancer, but there are ways to reduce your risk of being diagnosed. You can have a lower chance of developing ovarian cancer if you have used birth control for five years or longer, had your tubes tied, had your ovaries removed or had a hysterectomy and if you’ve given birth or breastfed.

If you’re looking at how to reduce your risk of ovarian cancer it’s recommended you speak to your doctor first.

How is ovarian cancer treated?

The earlier it is detected the more likely that treatment for ovarian cancer will be successful.

Once there is a diagnosis, a doctor can put together a treatment plan dependent on a number of things, including the stage of cancer, the type of tumor it is and whether the patient wants to get pregnant in the future.

The most common types of treatment for ovarian cancer include a combination of surgery and chemotherapy.

Stone tells Yahoo Canada that ovarian cancer research is ongoing and science is changing. There has been a lot of accumulating data over the last 10-20 years when it comes to ovarian cancer prevention.

Previously, doctors believed removal of the ovaries was one of the best ways to prevent ovarian cancer, but Stone says new research shows that removing the fallopian tubes may be more beneficial.

In February 2022, scientists from British Columbia published new data about a procedure called opportunistic salpingectomy (OS). This procedure includes the removal of the fallopian tubes when a person is already undergoing a routine gynecologic surgery like a hysterectomy or having their tubes tied and the ovaries are left in intact.

“That’s incredibly impactful because now we have the first signal that we might actually be able to do something that doesn’t really affect the function of the ovaries or how someone looks or quality of life,” Stone says. “We actually could potentially seriously decrease the numbers of those cases of lethal cancer by doing something very simple.”