Many investors are worried about whether that’s the new normal for Netflix going forward, or if it can return to its pre-pandemic average of about 25 million to 30 million net additions per year. But for a company that sees its addressable market as the one billion or so broadband households outside of China, management would say it has a lot of growth left.

Here’s where the next 200 million Netflix subscribers will come from. 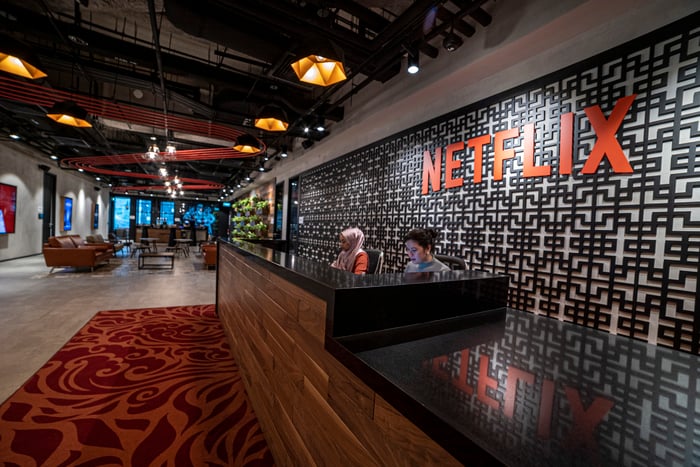 Netflix didn’t expand to much of Europe or Asia until its full global expansion in 2016. As such, many countries still have much lower penetration rates than the United States or Canada.

“We’re low penetrated in much of APAC [Asia Pacific],” CFO Spencer Neumann said at an investors’ conference in early March. “EMEA [Europe, Middle East, and Africa] is a market that is a multiple of the size of UCAN [U.S. and Canada]and we’re low penetrated there.”

One of Netflix’s biggest opportunities is India, where it has struggled to win subscribers despite concentrated efforts in the market. A low-priced mobile-only plan hasn’t been able to help Netflix reach the millions of price-conscious consumers in the country. meanwhile, Walt Disney‘s Disney+ Hotstar has managed to rack up 46 million subscribers, mostly in India, in just a couple of years. Disney’s success shows there’s still a lot of potential for growth in the country.

The US, Canada, and Latin America don’t have much growth left

Unsurprisingly, the markets where Netflix has operated its streaming service longer have higher penetration rates. While Neumann believes there’s still room to improve household penetration in those markets, the opportunity for growth is still much smaller.

MoffettNathanson thinks the US and Canada will add just 6.8 million subscribers over the next four years. That would put it right in the middle of management’s long-term forecast of between 60 million and 90 million US household subscribers, which CEO Reed Hastings originally laid out 10 years ago.

Meanwhile, Latin America is also showing signs of saturation. Netflix only added 2.4 million subscribers in Latin America during 2021. The company is looking at ways to grow in these regions, or at least increase revenue, by cutting down on password sharing. It’s prompting users it finds sharing passwords in certain markets to pay an additional fee or sign up for their own account, starting with Latin America.

What it means for investors (and subscribers)

Netflix’s primary means of growing its subscriber base in underpenetrated markets is to invest heavily in content and marketing. That means more European, Japanese, Korean, and Indian series and films.

The good news for Netflix investors is that audiences all over the world have learned to enjoy more international content. See the success of last falls Squid Game for an example of how Netflix can make content intended for just one market (South Korea) turn into a massive global phenomenon. What’s more, local productions in Asia and Europe typically cost much less than similar productions in Hollywood, so it’s a far more efficient use of the content budget for Netflix.

For the company to hit its long-term financial outlook, grow revenue double digits, and expand its operating margin every year, it needs to keep raising prices in its more saturated markets. That could mean targeted price hikes for password sharers if the company’s current test works to raise revenue, but it might also raise prices for everyone in order to produce a more significant boost.

Netflix will have to strike a balance of spending enough on content to justify further price increases for the streaming service while still improving profitability and cash flow for investors.