Coronavirus-related lockdowns in China are placing a kink in global supply chains. Many Chinese equipment manufacturers have had to shut down their operations in recent weeks. That’s forcing Apple to lengthen its shipping times for its popular Mac Pro laptops, according to Bloombergwith some delivery dates extending as far as mid-June. 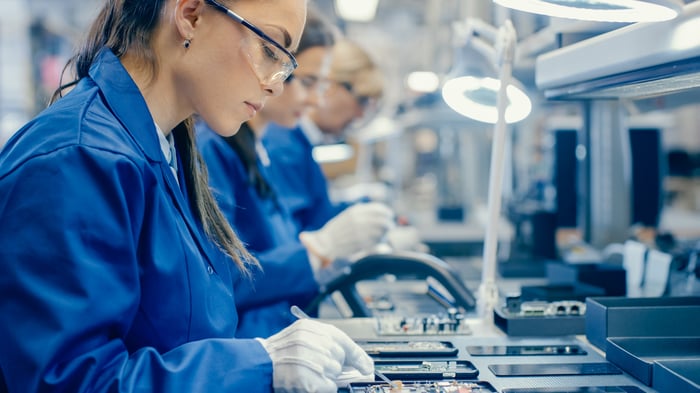 It’s possible that Apple’s COVID-19-related production problems could also impact its iPhone manufacturing operations. That would be a more pressing concern, as the iPhone is the technology giant’s most lucrative product, by far.

Yet Apple reportedly scaled back the production of its new iPhone SE phones late last month. So there may be some slack in the system to offset lockdown-induced shortages.

Additionally, Apple likely has enough inventory on hand to cover short-term iPhone production issues. Still, prolonged lockdowns could force the company to extend shipping times for its most important device.

Long delivery wait times can certainly be annoying for consumers, but they’re unlikely to result in a significant amount of lost sales for Apple. Mac and iPhone users tend to be a loyal bunch and are more likely to wait a bit longer for their Apple devices to arrive than to switch to a competing brand. While these production challenges could push some sales into later quarters, they shouldn’t have a material impact on Apple’s long-term performance.