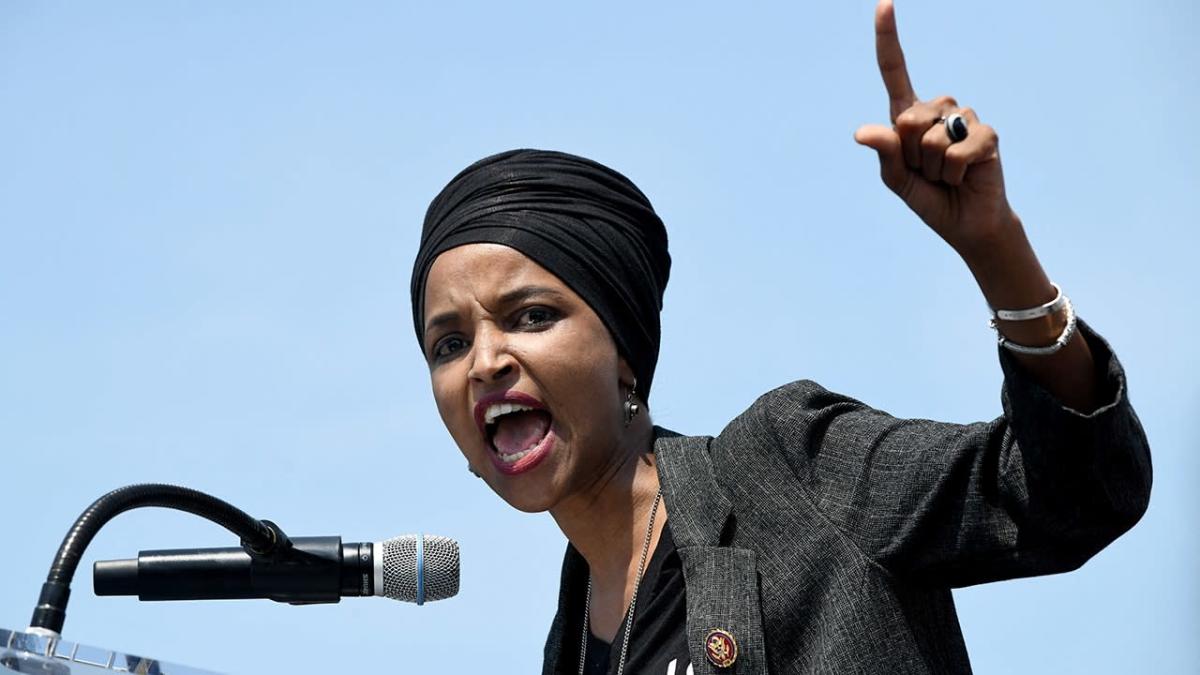 Rep. Ilhan Omar, D-Minn., expressed outrage over a video of Christians singing on a plane, leading many Republicans to attack her for what they suggested was anti-Christian bigotry.

Omar shared a video Saturday evening in which a worship leader with a guitar sings Christian worship music on an airplane.

“I think my family and I should have a prayer session next time I am on a plane,” Omar, who is Muslim, wrote with the video. “How do you think it will end?”

Many Republican candidates responded, suggesting that Omar had expressed hatred or bigotry against Christians.

“Why do you hate Christians, Ilhan?” Vernon Jones, a Black pro-Trump former Democrat who is running to represent Georgia in the US House of Representatives, asked. “If the freedom of religion we enjoy here in America disturbs you, feel free to pack your bags and head back to Somalia, Sudan, or wherever you’re from. Take your brother with you.”

“In America, Muslims can & do pray in public,” Jose Castillo, a Republican candidate running for Congress in Florida’s 9th Congressional District, tweeted† “If she wants a country where Christians aren’t allowed to do the same [Omar] should go back to her own country,” he added, presumably referring to Somalia, where she was born. (Omar is a naturalized US citizen.)

“Qatar – a country you’re very familiar with – plays Islamic prayers on the intercom before takeoff on their planes,” Cicely Davis, a candidate in the GOP primary in Minnesota’s 5th Congressional District, which Omar represents, tweeted in response to her opponent . “They have a designated prayer area & coordinates for Mecca are posted on the screens. It’s no problem. The issue is you hate Christians & Jews & lots of Muslims.”

Royce White, another candidate in the GOP primary for Minnesota’s 5th Congressional District, also chimed in.

“I’m coming for your seat,” White tweeted in response to Omar. “Don’t disrespect Christianity! You’re a globalist fraud. You can’t pray in Pelosi’s office! The Democrats you serve don’t believe in God. Their platform is openly anti-God. Minneapolis will not become Mogadishu. We will not bend the knee.”

The original context for the video remains unclear. Omar took it from the Twitter account @davenewworld_2, which has the name “Fifty Shades of Whey.” Reports claim the video had been shot by Jack Jensz Jr., who leads a group called Kingdom Realm Ministries. The original posting appears to have been deleted, however.

Neither Omar’s campaign office nor her spokesman immediately responded to an after-hours media request from Fox News Digital, but Omar did retweet Deadspin sportswriter Chuck Modi, who shot back at the responses Omar received on social media.

“Ilhan Omar: Makes a very valid point,” Modi wrote. “Right-wingers who hate Ilhan Omar: ‘You are ‘attacking Christianity’ because I am stupid or dishonest or just pandering to my bigoted base.'”