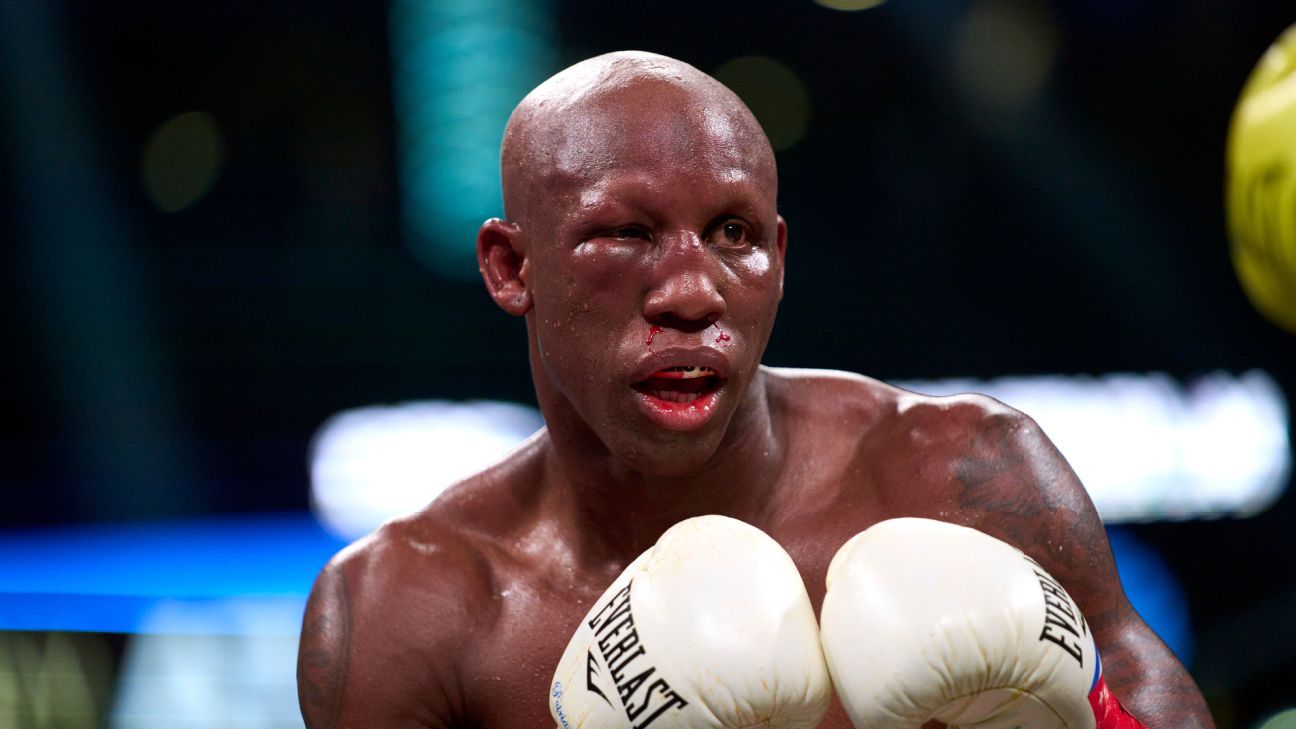 Yordenis Ugas will be sidelined for quite some time.

“I have a fracture in my eye and in the next few days the doctors will say how they will treat it,” Ugas said on Instagram. “I spent all morning in a hospital and I write these words with only one eye, the other one is still closed.”

Ugas (27-5, 22 KOs) was diagnosed with the eye injury early Sunday morning at John Peter Smith Hospital in Fort Worth, Texas. The Cuban was buckled by a left uppercut in Round 7 that did the damage; his eye immediately swelled.

Despite the debilitating injury, Ugas fought on for three more rounds before the ringside doctor advised the referee to stop the bout in Round 10; he concluded the boxer couldn’t see out of his right eye, which was completely swollen shut.

Ugas doesn’t need emergency surgery, according to his team, and will be reexamined at a later date after the swelling subsides to see if a medical procedure is required.

When Billy Joe Saunders was defeated by Canelo Alvarez in a super middleweight title unification last May, he immediately had metal plates inserted because the orbital was fractured in three places.

Ugas could escape a similar fate but will surely be sidelined for an extended period. He hurt Spence in Round 6 before Spence inflicted the damage the following round. Ugas, ESPN’s No. 3 welterweight, entered the bout with the WBA title at 147 pounds, a belt he retained after he sent the legendary Manny Pacquiao into retirement with a loss in August.

Spence, 32, was set to fight Pacquiao last summer but withdrew after he suffered a detached left retina that required surgery. Ugas was the beneficiary, and now he’ll look to bounce back from his own serious eye injury.

“The referee stopped the fight, but I wanted to keep going to the end,” Ugas said Saturday through an interpreter. “I definitely had a chance to win the fight in the sixth round, but he recuperated well.”

Spence (28-0, 22 KOs) added the WBA title to the WBC and IBF belts he already owned. Terence Crawford’s WBO title is the only one he doesn’t possess, and they could meet later this year to crown an undisputed welterweight champion in one of the biggest fights that can be made in boxing.

“Everybody knows who I want next, I want Terence Crawford next,” said Spence, ESPN’s No. 6 pound for pound boxer. “That’s the fight that I want, that’s the fight everybody else wants. Terence, I’m coming for that motherf—ing belt.”